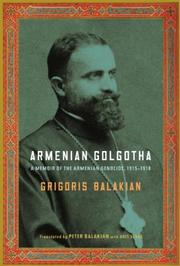 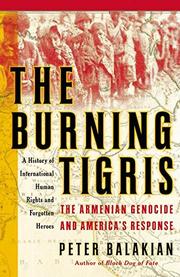 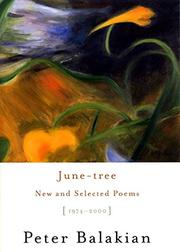 Released: March 1, 2001
JUNE-TREE: NEW AND SELECTED POEMS: 1974-2000
by Peter Balakian
Released: March 1, 2001
JUNE-TREE: NEW AND SELECTED POEMS: 1974-2000
by Peter Balakian
"An impressive collection of solid work, in which the author's voice is sure and sonorous."
This volume gathers poems from the author's previous collections, which span the last quarter of the 20th century, and adds more than a dozen new ones. The backdrop to this body of work is the poet's Armenian heritage as it comes into contact, and conflict, with his American upbringing. In many regards his is an experience typical for members of the first native-born generation. Much of the family history and lore imparted to him is only dimly or reluctantly recalled. It's as though he's being spared the truth. On the other hand, life in contemporary America is often irritatingly in one's face. Yet, deftly, the poet manages to bridge the cultural gap. "In the glare of cell-phone light on the window, I saw hummingbirds in the mango blossoms." Where other contemporary poets have simply tossed the fragments together or gone off on impossible-to-follow thought associations, Balakian tries to integrate these disparate ways of looking at the world. In "Lowlands," for example, he weaves together several strands of past, present, and future events and never loses control over them. He also avoids the pitfall of sermonizing in dealing with historical injustices, seeing genocide as a crime humanity commits against itself. For him, "history is a man's breath," giving out what it takes in. Yet his seriousness does not preclude a finely developed sense of irony. In the poem "Ellis Island," he states, "Here is everything you'll never need." Read full book review >

HISTORY
Released: May 21, 1997
BLACK DOG OF FATE: A MEMOIR
by Peter Balakian
HISTORY
Released: May 21, 1997
BLACK DOG OF FATE: A MEMOIR
by Peter Balakian
An essential American story of the author's upbringing as the child of Armenian immigrants—and of his gradual discovery of an entire culture's genocide at the hands of the Ottoman Turks in 1915. For poet Balakian (English/Colgate Univ.; Dyer's Thistle, etc.), a Tenafly, New Jersey, childhood circa 1960 revolved around food-centered rituals with relatives, some vividly characterized here, including his grandmother, Nafina Aroosian. While together they baked a sweet bread called choereg, she told him odd, parable- like stories, including one involving the black dog of the book's title. Similarly puzzling were his family's occasional references to the ``old country.'' As a student and young poet the author began to glean bits of this past, but his education in Armenia's sad history didn't really begin until after college, when, in a watershed moment, he picked up the memoir of the US ambassador to Turkey on the eve of the Great War. That text is extensively quoted to re-create Balakian's experience of reading, in rushing, energetic blasts, this difficult-to-fathom saga of persecution, brutality, and murder. Revelation of his own family's experience of the genocide came next. In dreamlike, novelistic prose, Balakian tells of his relative Dovey's suffering on the forced ``deportation march'' from her Anatolian homeland. The author encounters a ``Bishop Balakian's'' memoir of the atrocities, which he describes as ``like reading a skeleton,'' the words ``like pieces of bone.'' This and the other excerpted primary sources through which the dead speak provide dramatic perspective, authenticating the nightmare. In light of what Balakian calls the Turkish authorities' ``paper trail of denial extend[ing] to the present,'' he insists that commemoration is an essential process for survivors; and he comes to understand his family's numbed response as a necessary coping mechanism. A rare work of seasoned introspection, haunting beauty, and high moral seriousness. Includes a chilling genealogy of Balakian's parents' families. Read full book review >