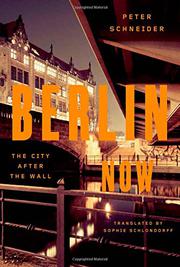 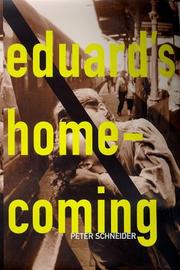 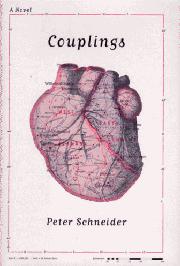 FICTION & LITERATURE
Released: Sept. 1, 1996
COUPLINGS
by Peter Schneider
FICTION & LITERATURE
Released: Sept. 1, 1996
COUPLINGS
by Peter Schneider
First-novelist Schneider (The German Comedy, not reviewed) gives a polished, sardonic view of life and love in Berlin shortly before unification, as a biologist and his artistic friends probe the boundaries between commitment and liberation. Equipped with a scientist's passion for order and a pessimist's passion for disaster, Eduard has gathered data convincing him that pairings in the city, including his own, can be expected to last less than three and a half years. In despair but not without hope, he continues with Klara—whom he met by design in the courtyard of their apartment building as she was dumping her trash—while adding his date to the mix of routine cafÇ musings between him and friends Theo and AndrÇ. Theo, an East Berlin poet who seems able to pass through the Iron Curtain at will, has his share of cohabitational chaos: His lover concocts an elaborate ruse using an imaginary American graduate student who writes steamy letters from abroad, then has him running all over the city in a series of aborted meetings, all to see how far he'll go to keep her. At the same time, AndrÇ, a composer with a growing reputation, is already engaged to Esther, and the wedding goes off as planned- -leaving him free, he thinks, to court any pretty face he fancies. Eduard, meanwhile, fearing himself sterile, has been tested and has had his fear confirmed, so that when a palm-reader tells him he always has women in threes, he throws caution to the winds—with the unsettling result that both the Italian opera singer Laura and Jenny, a Botticelli angel in leather, are soon pregnant by him. Much more than a witty chronicle of the ins and outs of romance in Berlin, Schneider's debut conveys, from a distinctly male perspective, a feeling for the complex ambience of the once divided city, where pride and guilt mingle to curious effect in the lives of those who call it home. Read full book review >