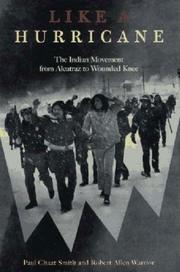 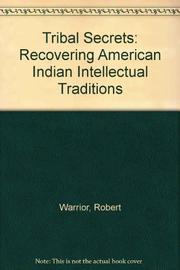 HISTORY
Released: Dec. 1, 1994
TRIBAL SECRETS: RECOVERING AMERICAN INDIAN INTELLECTUAL TRADITIONS
by Robert Allen Warrior
HISTORY
Released: Dec. 1, 1994
TRIBAL SECRETS: RECOVERING AMERICAN INDIAN INTELLECTUAL TRADITIONS
by Robert Allen Warrior
Warrior (English and Native American Studies/Stanford; and a Kirkus contributor) compares and contrasts two of the most important American Indian writers of the 20th century on the issues of Indian sovereignty and survival. Vine Deloria Jr., the best-known contemporary Indian intellectual, came to prominence in the late 1960s and early '70s with his commentaries (e.g., Custer Died For Your Sins and God Is Red) on a broad range of issues facing Native peoples. John Joseph Mathews, a member of Warrior's own Osage nation, was a noted novelist and writer in the 1930s and '40s who wrote one of the most highly regarded novels by a Native American, Sundown. Warrior situates these two figures in the context of American Indian intellectual traditions. He then examines their responses to the loss of Indian lands, religious freedom, and political sovereignty. Finally, he develops the concept of ``intellectual sovereignty'' as a means of describing their perspectives and as a tool for envisioning the role Indian writers can play in their peoples' struggles for self-determination. The work shows that there is much more to Native literary output than transcriptions of myths from the oral tradition. Read full book review >