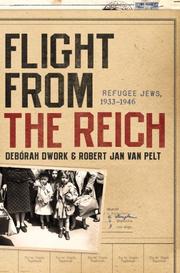 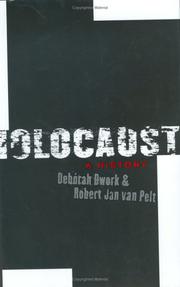 HOLOCAUST: A HISTORY
by Debórah Dwork, Robert Jan van Pelt
"A monumental, sobering attempt to make sense of collective insanity."
Within the extended scope of European history, coauthors of the acclaimed Auschwitz (2000) deliver a rigorously documented positioning of the persecution and murder of Jews prior to and during WWII. Read full book review > 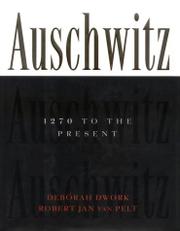 HISTORY
Released: June 24, 1996
AUSCHWITZ: 1270 TO THE PRESENT
by Debórah Dwork, Robert Jan van Pelt
HISTORY
Released: June 24, 1996
AUSCHWITZ: 1270 TO THE PRESENT
by Debórah Dwork, Robert Jan van Pelt
Significant new research that examines both the relevant prewar history of Auschwitz and the blueprints of the death camp's daily functions. Dwork (Holocaust Studies and Modern Jewish History/Clark Univ.) and van Pelt (Cultural History/Univ. of Waterloo, Ontario) present both the historical, cultural, and architectural plans of the Nazis for Auschwitz. The entire surrounding region of Upper Silesia had been long targeted to be wrested from Poland and returned to Germany, whose claims extended back to the conquests of 13th-century Teutonic knights. The area referred to as ``the German East'' by Josef Goebbels was to become a rural paradise for redirected Germans, while the local Poles were to be expelled, exploited for slave labor, and ultimately exterminated. Even more damning than Daniel Jonah Goldhagen's controversial new study, Hitler's Willing Executioners, this book makes clear that thousands of transportation workers, accountants, Farben employees, engineers, architects, and builders were as conscious of the lethal goals of Auschwitz as Himmler or Hitler. In the slower-paced cremations of murder victims in 1940, for example, the camp utilized ``an efficient and technologically advanced doubled-muffle . . . coke-heated furnace from Topf and Sons for 9,000 marks'' with ``the capacity to incinerate seventy bodies in twenty-four hours.'' With ``one wash barrack per 7,800 inmates and one latrine hut per 7,000,'' it is argued that degradation and disease were not incidental, but that ``the design was, in fact, lethal.'' The pride of the gathered architects of Auschwitz-Birkenau is successfully captured in a group photo, as is the sincerity of a Polish nun in 1990 comparing the campgrounds to the sanctity of Golgotha. If the amalgam of insightful historical analysis and exhaustive pictorial and financial documentation is challenging for students of this period, just think of the difficult reading facing Holocaust deniers. Scores of van Pelt's photos and enhanced plans and blueprints supplement the lengthy notes in this peerless work of documentation and research that sheds new light on this century's darkest address. Read full book review >