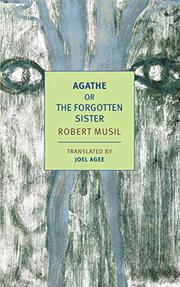 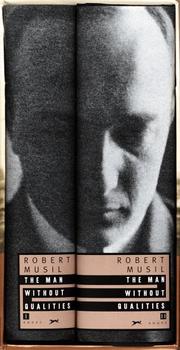 FICTION & LITERATURE
Released: Feb. 1, 1995
THE MAN WITHOUT QUALITIES
by Robert Musil
FICTION & LITERATURE
Released: Feb. 1, 1995
THE MAN WITHOUT QUALITIES
by Robert Musil
Vienna, on the eve of WW I, home to Freud, Mahler, and Wittgenstein, was the apex of European civilization. It was also, as the hub of the last Habsburg Empire, the rotting, living-dead core of ancien-rÇgime Europe. Tumultuous, manic, and loosed from its traditional moral and spiritual moorings, Vienna was a fertile breeding ground not only for genius but also for defensive provincialism and, ultimately, fascism. That Vienna is the setting of this most celebrated of seldomly read novels, released in a new translation by Sophie Wilkins and Burton Pike and available in its entirety for the first time in English. Begun in the early 1920s, the first volume was published in 1930 and remained unfinished when Musil died in 1942. In 1932, Musil wrote in a notebook about this never-ending project: ``What the story that makes up this novel amounts to is that the story that was supposed to be told in it is not told.'' The closest thing to a human protagonist is Ulrich, the so-called man without qualities, a skeptic who views with irony the Austro-Hungarian Empire's attempts to match the patriotism of the newer German state on its border. Meanwhile, he's obsessed with the celebrated case of a mass murderer named Moosbrugger (M, Fritz Lang's famous film, was similarly obsessed). But the real protagonist is a dying culture, represented by Vienna. This novel marks Musil, albeit unwittingly (he hated Joyce and loved the 19th- century Russian novelists), as the high priest of German modernism (see Arno Schmidt's Collected Novellas, p. 1371). The book opens with an almost God's-eye view: ``A barometric low hung over the Atlantic. It moved eastward toward a high-pressure area over Russia without as yet showing any inclination to bypass this high in a northerly direction.'' From the heavens, the book swoops down to the minutest psychological details in an effort to bring every possible aspect of human and natural existence under the domesticating control of art. Read full book review >