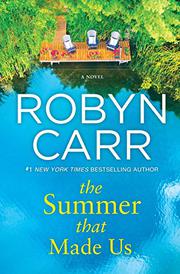 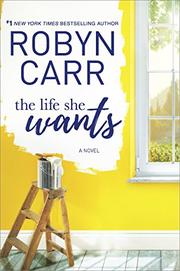 FICTION & LITERATURE
Released: Sept. 27, 2016
Reviewed: July 31, 2016
THE LIFE SHE WANTS
by Robyn Carr
FICTION & LITERATURE
Released: Sept. 27, 2016
THE LIFE SHE WANTS
by Robyn Carr
"A satisfying reinvention story that handles painful issues with a light and uplifting touch."
After her financier husband commits suicide rather than face jail time for stealing from his clients, Emma Shay Compton comes home to Sonoma with the shadow of his crimes over her and must reinvent herself in a hostile landscape while reconnecting with friends she'd thought lost forever. Read full book review > 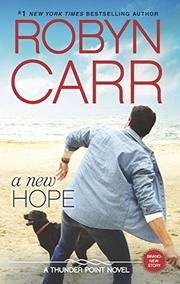 ROMANCE
Released: June 30, 2015
Reviewed: April 30, 2015
A NEW HOPE
by Robyn Carr
ROMANCE
Released: June 30, 2015
A NEW HOPE
by Robyn Carr
"Fans will be delighted to get back to Thunder Point and another poignant romance."
After a horrible introduction, Matt Lacoumette makes amends to Ginger Dysart and the two become fast friends—before realizing they might be perfect for each other. Read full book review > 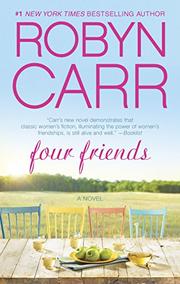 FICTION & LITERATURE
Released: March 25, 2014
Reviewed: Feb. 4, 2014
FOUR FRIENDS
by Robyn Carr
FICTION & LITERATURE
Released: March 25, 2014
FOUR FRIENDS
by Robyn Carr
"A thought-provoking look at women of a certain age and the choices they make when they realize their lives aren't exactly what they expected—or thought they were."
In a Marin County neighborhood, four women help each other amid marital strife, personal crises and life-altering epiphanies. Read full book review > 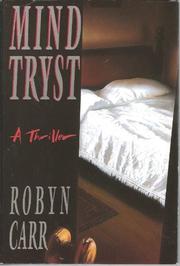 Released: Feb. 1, 1992
MIND TRYST
by Robyn Carr
Released: Feb. 1, 1992
MIND TRYST
by Robyn Carr
A lively departure for historical novelist Carr (Woman's Own, 1990, etc.), who returns with a competent psycho-mystery suspense novel, set in small-town Colorado, about a woman of a tragic past and scary present who sleuths—with both a lawyer's ken and gut instincts—to bring down a killer. Thirty-seven-year-old Jackie Sheppard—who's been divorced for 12 years from police detective Mike (they're now good friends), and who lost her only child in an auto accident two years ago—joins a law office in the town of Coleman, Colorado. As a newcomer, Jackie is not unhappy to have the genial attentions of attractive carpenter Tom Wahl, and they make love once, after casually dating and trading tragic pasts—Tom's family of wife and two babies were killed when he was a psychologist for a penal system. And the killer is still at large. Then someone is slithering around Coleman, someone who leaves traces in Jackie's locked house. Others report similar invasions, all of which pale when the body of a murder victim is discovered nearby. Forthrightly dumping Tom, Jackie begins to dig for facts, but she ``was dealing with the big X factor, the ever-present missing link....My instincts were charged with warnings.'' The town sheriff, now a pal, ex-husband Mike, and the feds circle the evidence, but it's Jackie—with Tom a large factor—who pins the killer to the mat. (There is, of course, a satisfying final confrontation and rescue, as well as a quick study of a sociopathic serial killer.) Pleasant small-town atmosphere, action, and bothering goings- on. A solid debut for Carr into the psychothriller field, to which she should attract her historical-novel following. Read full book review >