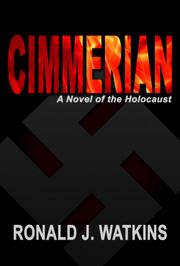 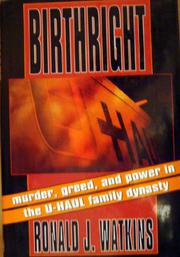 NON-FICTION
Released: Sept. 20, 1993
BIRTHRIGHT: MURDER, GREED, AND POWER IN THE U-HAUL FAMILY DYNASTY
by Ronald J. Watkins
NON-FICTION
Released: Sept. 20, 1993
BIRTHRIGHT: MURDER, GREED, AND POWER IN THE U-HAUL FAMILY DYNASTY
by Ronald J. Watkins
An arresting, albeit repellent, account of the bitter power struggle at U-Haul, the trailer/truck-rental operation that's one of the largest privately held corporations in the US. Drawing on access to company founder Leonard Samuel Schoen (who will share in the book's proceeds), as well as to some of the 12 children he sired, legal documents generated by at least 16 lawsuits, and allied sources, Watkins (Evil Intentions, 1992; High Crimes and Misdemeanors, 1990) offers a detailed if overlong version of the family feud that, not surprisingly, gives the benefit of important doubts to his uncredited collaborator. Schoen, we learn, launched U-Haul following his discharge from the WW II Navy, and, within a comparatively few years, had built his shoestring venture into a lucrative nationwide enterprise based in Phoenix. Meanwhile, the once-widowed, thrice-divorced entrepreneur (who turns 77 this year) was fathering seven sons and five daughters. Hoping that his offspring would one day run the business, Schoen ceded each of them, at birth, stock in the family firm. Over the years, the Lear-like patriarch's personal stake dwindled to less than 3%—and, in 1988, a couple of his less appealing heirs mustered sufficient support among their fretful siblings to oust him completely. In 1990, the internecine strife, previously confined to boardroom and court clashes, took a tragic turn when the wife of a loyalist son was found shot to death in her Colorado home. Although the vicious murder has never been solved, Watkins seems to have little doubt the crime was akin to that of Cain against Abel. Wherever the guilt lies, two generations of Schoens continue to battle for control of U-Haul, and their conflicts may not be resolved until well into the next century. A sorry, shocking tale whose essentially unsympathetic characters soon inspire impatience and abhorrence rather than pity or understanding. (Photos—16 pp.—not seen) Read full book review > 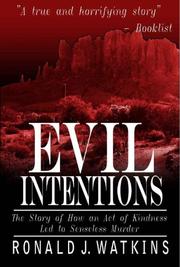 NON-FICTION
Released: Feb. 20, 1992
EVIL INTENTIONS: THE STORY OF HOW AN ACT OF KINDNESS LED TO SENSELESS MURDER
by Ronald J. Watkins
NON-FICTION
Released: Feb. 20, 1992
EVIL INTENTIONS: THE STORY OF HOW AN ACT OF KINDNESS LED TO SENSELESS MURDER
by Ronald J. Watkins
Torpid, two-dimensional account of the 1981 kidnap/rape/slaying of Suzanne Rossetti, a 27-year-old woman from Saugus, Massachusetts, who, having moved to Phoenix, fell into the sadistic, murderous hands of a pair of psychopathic escaped cons whom she asked for help to get into her car when she locked the keys inside. Ingratiating themselves with the young woman, the criminals—Michael David Logan and Jesse James Gillies—abducted and repeatedly raped her, stole her car and banking card, and drove her to the isolated Superstition Mountains outside Phoenix, where they beat her to death. After covering Rossetti's body with stones, her murderers returned to Phoenix, where they withdrew money from her account by using her bank credit card (they failed to realize the transactions were recorded by TV cameras), drove her car about the city, drank beer, and, in Gillies's case, bragged about the murder. It is not surprising the two were quickly apprehended. Rossetti's story could have been a shocking narrative of the imminence of mindless violence on the streets of America today, but Watkins fails to bring much analysis or significance to his material. The character of both of the victim and the perpetrators remains, in the author's telling, frustratingly obscure. Rossetti is depicted as an ``all-American-girl,'' devoted to her family, athletic, and slightly awkward in social situations. Watkins is unable or unwilling to delve beneath this sitcom surface to explain how and, more importantly, why Rossetti retained her naivetÇ and passivity, even in the face of such violence. Logan and Gillies are somewhat more roundly sketched in. Even here, however, Watkins falls back on such pop-psychology chestnuts as, with Gillies, an undemonstrative mother, and, with Logan, an early family atmosphere that denigrated discipline. The psychological resonances of this bizarre and puzzling case are left unexplored. A missed opportunity to examine a disturbing confrontation between two extremes of American life—the false security of the middle class facing the rapacity and unreasoned fury of the criminal underbelly. Read full book review >