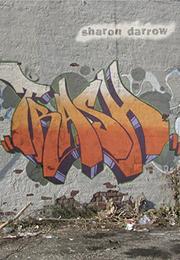 FAMILY AND GROWING UP
Released: Sept. 1, 2006
TRASH
by Sharon Darrow
FAMILY AND GROWING UP
Released: Sept. 1, 2006
TRASH
by Sharon Darrow
When their mother abandons Sissy (16) and her younger brother, Boy, their older sister, Raynell, and her husband, Jobe, care for them. But when Jobe loses his job, the kids must find another place. They live with a series of odd but often caring people, ending up with the Fowlers, who run a trash collection service. Sissy and Boy smell bad and are ostracized by the other kids in school. Eventually, they are abused by the Fowlers. They contact Raynell, who now lives in St. Louis, and the two hitchhike their way to her. Finally, the siblings feel at home and proceed to reinvent themselves. They meet up with "taggers," kids who graffiti their names with spray paint throughout the urban landscape. They rename themselves and calculate their risk as they go out at night to emblazon public spaces with their new artistically rendered identities. Their comfort doesn't last long when tragedy strikes, and Sissy is on her own again. Told as a narrative in poems and set mostly in the south, the story provides a window into the challenges and dreams of homeless or near homeless teens. The language, though rich, evocative and rhythmic, is bleak, with only glimpses of salvation and light. (Fiction. YA)Read full book review >

FAMILY AND GROWING UP
Released: Oct. 1, 2003
THE PAINTERS OF LEXIEVILLE
by Sharon Darrow
FAMILY AND GROWING UP
Released: Oct. 1, 2003
THE PAINTERS OF LEXIEVILLE
by Sharon Darrow
The strength of this dramatic story set in a bleak Arkansas enclave is the bond between 17-year-old Pert and her brother Jobe, who is 18. Told alternately in their voices and that of Truly, their fragile mother, the narrative effectively conveys the severe limits of their life of poverty. Only Pert has hopes of getting out, maybe going to cosmetology school in a nearby town. But when her abusive uncle threatens to destroy her dreams, violence and death follow. Several of the family seek comfort in a revivalist church, where Jobe takes up snake-handling. But even when Jobe immerses himself in religion, it's hard to distinguish between his voice and Pert's, which both sound too often like an educated adult, with phrases like "divine indifference." Further eroding the narrative are the insertions of a social worker's "home visit" forms, which distract without adding much. Readers who can't get enough of the well-worn southern themes of poverty, dysfunctional families, and revivalist religion are the most likely audience for this dark tale. (Fiction. 13+)Read full book review > 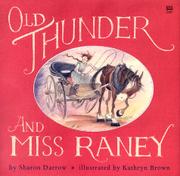