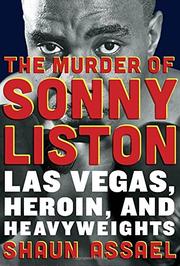 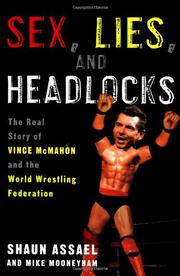 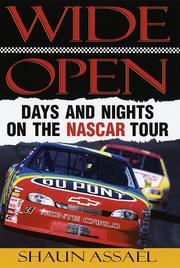 NON-FICTION
Released: Feb. 1, 1998
WIDE OPEN: DAYS AND NIGHTS ON THE NASCAR TOUR
by Shaun Assael
NON-FICTION
Released: Feb. 1, 1998
WIDE OPEN: DAYS AND NIGHTS ON THE NASCAR TOUR
by Shaun Assael
The NASCAR Winston Cup Tour stock-car racing series today is one of the most sophisticated and most lucrative games in the sporting world. Yet at its heart and soul are the drivers, a proud breed of daredevil who are the spiritual descendents of the hot-rodding moonshiners of the 1940s rural south. Assael here profiles three of those men To get to the heart of his subject Assael, a criminal justice reporter turned sports columnist for ESPN Magazine, spent the 1996 season with three NASCAR drivers who he felt in many ways typified the game's old-versus-new dichotomy: Brett Bodine, ``the businessman racer,'' Dave Marcis, ``the old-time racer,'' and Bobby Hamilton, ``the hungry racer.'' As the season wears on, we see Bodine struggling to get his cars onto victory lane; Hamilton battling with other drivers and his team owner, NASCAR's all-time winningest driver, Richard Petty, for that elusive first victory, and Marcis struggling just to qualify. Judging from the protagonists' travails, success in NASCAR seems to be a matter of three ``m''s: machines, money, and marketing. The relative lack of success plaguing the three racers stems from a lack of at least one of these elements. In Bodine's case, tight finances hamper his team's success. In Hamilton's case, his machine, a Pontiac Grand Prix, is likely what keeps him out of victory lane. (Of 31 races, 30 were won by either Chevrolet Monte Carlos or Ford Thunderbirds.) In the case of the affable and well-loved Marcis, the lack of all three made 1996 a very long season, indeed. NASCAR is an insular world, albeit one that treats outsiders genially. To his credit, Assael, who never attended a race before 1995, was able to become intimate with enough big wheels and bit players. The result is a credible, if sometimes diffuse and overblown, account. (16 pages b&w photos) Read full book review >