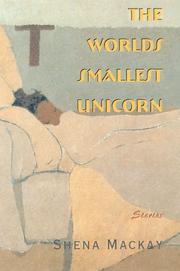 THE WORLD’S SMALLEST UNICORN
by Shena Mackay
"In recent years, several important critics have suggested that Scottish author Mackay (The Artist's Window, 1999, etc.) is one of Great Britain's, if not the world's, best writers. This fifth brilliant and exciting collection shows us exactly why they think so."
The romantic, bizarre, and sometimes murderous underpinnings of seemingly drab suburban lives are deftly revealed in ten densely written tales.. Read full book review > 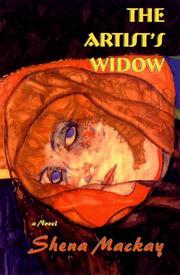 FICTION & LITERATURE
Released: July 1, 1999
THE ARTIST'S WIDOW
by Shena Mackay
FICTION & LITERATURE
Released: July 1, 1999
THE ARTIST'S WIDOW
by Shena Mackay
The opening of a retrospective showing of an artist's paintings at a London gallery results in a refreshingly sharp study of hypocrisy and hustling. John Crane wasn—t an especially celebrated painter while alive, but his death sets in motion a series of attempts to cash in on what he's left behind. For the studiedly shabby and ambitious Nathan Pursey, a self-styled conceptual artist, a resurgence of interest in Crane might mean a chance to leverage himself into a gallery show of his own. For his ruthless family, it might mean a chance to move in on their aging relative, Crane's widow Lyris, and take control of the couple's London house, as well as their art collection. For Zoe, a young, breezily amoral would-be film producer, it means a chance to talk Lyris, herself an accomplished painter, into becoming the subject of a documentary about women artists who have been unfairly eclipsed by the reputations of their mates; it's a work that, she is convinced, will make her reputation. Various other equally hectic and self-obsessed characters are drawn into these machinations. Meanwhile, Lyris, struggling to take back control of her life, receives help from an unlikely source: Jacki, an ex-girlfriend of Nathan's, shows up on her doorstep, looking for a place to stay—and more pressingly for an identity. She has, it turns out, been passing herself off as the child of black immigrants, when in fact she is a member of a white working-class family. Under Lyris's tutelage, she begins to come into her own—and gives Lyris the ally she needs to confound those striving to use her. Mackay (An Advent Calendar, 1997, etc.) has, of all the younger British novelists, the most pronounced appetite for satire. The portrait of modern poseurs on the art scene, and of old-fashioned greed, is concise and droll. And she demonstrates a quite original sense of pacing: the scenes here are short, clipped, and more suggestive than descriptive, making for a swift but engaging pace. A very funny, and ultimately moving, portrait of an aging artist reclaiming her identity. Read full book review > 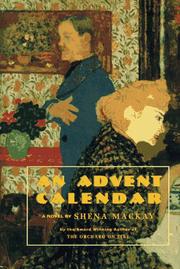 FICTION & LITERATURE
Released: Oct. 1, 1997
AN ADVENT CALENDAR
by Shena Mackay
FICTION & LITERATURE
Released: Oct. 1, 1997
AN ADVENT CALENDAR
by Shena Mackay
A dark Christmas tale with intimations of light, this set in that unmerry old England where unemployment and squalor still distort lives, and things mostly get worse. Acclaimed English writer Mackay (Dreams of Dead Women's Handbags, 1994, etc.) excels at depicting characters struggling to survive amidst random disasters and sapping tedium. And her latest, a downbeat lead-up to precarious Christmas joy, typically focuses on life's losers and innocents. Here, unemployed (again) John, who has just seen a young man's finger cut off at the butcher shop, is way behind with the rent and must move his family in with Uncle Cecil. For John, the butcher shop accident becomes just another example of the wretchedness of a life that has never been easy since his Socialist parents devoted themselves more to the Party than to their family. Now, John buys an Advent calendar to ease the move, and as the 25 days pass until Christmas, he, wife Marguerite, sister Elizabeth, Uncle Cecil, and Elizabeth's pupil Joy suffer any number of setbacks. John finds a job with the Cleaning Boys, but soon loses it; then, still troubled by seeing the man lose his finger, he tries to help the victim but nearly gets beaten up. Meanwhile, Cecil's beloved goat gets ill; Margaret has an affair with the veterinarian; Elizabeth worries about how she's to spend Christmas, and her plan to help 15-year-old Joy feel better about herself by getting her a part-time job goes awry. It also looks as if there won't be enough money for presents. But even the darkest lives have their brighter moments: Money is found for gifts, John's parents come through with a job offer, and Joy's self-esteem gets a boost. On Christmas Day, all celebrate happily, ``carousing on a sandbank in time, music and laughter drowning the sound of tomorrow's tide.'' A Christmas story without the mistletoe and the message, but no less moving. Read full book review > 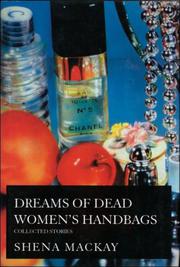 FICTION & LITERATURE
Released: Nov. 1, 1994
DREAMS OF DEAD WOMEN'S HANDBAGS: COLLECTED STORIES
by Shena Mackay
FICTION & LITERATURE
Released: Nov. 1, 1994
DREAMS OF DEAD WOMEN'S HANDBAGS: COLLECTED STORIES
by Shena Mackay
From British writer Mackay (Dunedin, 1993, etc.), an uneven collection of short stories that graphically expose the cruel realities of daily life. Set in the British wasteland of stopped drains, overgrown gardens, and stale fried fish that has become the preferred literary turf of contemporary English writers grappling with a national malaise, the stories range from the macabre to the downright nasty. A single woman's uneasy relationship with an immigrant shopkeeper ends in a bizarre murder (``Bananas''); Claudia, an aging writer living in the country, plans to kill her neighbor's children on Halloween (``The Thirty-First of October''); and a woman visiting her father in a nursing home dies during a struggle over a knife about to be used to cut pizza (``A Curtain with the Knot in It''). Three tales are particularly unpleasant: ``Angelo,'' in which an aging poet and beauty is brutally assaulted on her way home from her first lover's funeral; ``Perpetual Spinach,'' whose protagonists—a pair of kindly senior citizens injured in an accident—are neglected by yuppie neighbors who covet their house; and ``The Most Beautiful Dress in the World,'' a portrait of a distraught woman who murders the gas man in her despair. The best works in this collection are the title story (the only one that has appeared previously in the US), which shows a mystery writer suddenly recalling her own murderous past, and ``Cloud Cuckoo-Land,'' the chronicle of a do-gooder, accused of being out of touch with reality, who fears that he may be just ``an empty tracksuit filled with air.'' Taken as a whole, however, the constant parade of defeats and disasters gets pretty wearing. Much good writing, but not enough to make these tales of the down and out transcend schematic plotting and overworked emotions. Read full book review > 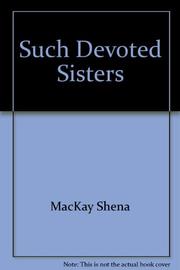 Released: Oct. 1, 1993
DUNEDIN
by Shena Mackay
Released: Oct. 1, 1993
DUNEDIN
by Shena Mackay
The long consequences of lust and child abuse in distant New Zealand, limned in scenes of dark humor, horror, and unexpected redemptive love by the much gifted British writer Mackay (A Bowl of Cherries, 1992, etc.). With the exception of the first and last chapters, set in Dunedin, New Zealand, in 1909 and 1910, respectively, the story takes place in an end-of-history sort of England: specifically, South London—a shabby, menacing place with a ``drainy smell,'' where stores are boarded up, panhandlers are everywhere, and ruined houses, in whose overgrown gardens foxes now live, are occupied by ill-assorted outcasts. When Jack Mackenzie, a reluctant Presbyterian minister, accepts the offer of a position in New Zealand, he is more interested in natural science than in theology. Though married with three children, he is also as much beguiled by the family's half-caste laundress, Myrtile, as the with the exotic flora he finds in his new country. Fast-forward then to the present, as middle-aged Olive and William Mackenzie, children of Jack's son Sandy, a lovable but compulsive con man indelibly warped by his father's cruelty, reluctantly share William's house. Olive, divorced, is recovering from an affair with novelist Terry Turner; William, who gave up his beloved teaching when a student under his supervision was murdered, is equally unhappy. Over a year's time, Olive impulsively steals a baby (William returns it somehow); picks fights with friends; and, alone on holiday, finally acknowledges ``the pain she has caused'' others, and her inadvertent role in her mother's death. William also finds love and peace, but the darkest consequence of distant Dunedin is orphan Jay Pascal, a product of Jack Mackenzie's lust, whose desperate experiences in England, though horrifying in their telling, never quite tie in with the rest. A rich feast to be enjoyed page by page as Mackay, in often dazzling prose, describes the hilarious antics of bibulous writers or, with moving lyricism, those ``surprised by joy.'' Read full book review >

FICTION & LITERATURE
Released: Nov. 1, 1992
A BOWL OF CHERRIES
by Shena Mackay
FICTION & LITERATURE
Released: Nov. 1, 1992
A BOWL OF CHERRIES
by Shena Mackay
A cast of definably colorful and singular characters in a surprisingly affecting tale of family love and deceit from Britisher Mackay (Toddler on the Run, 1966; Old Crow, 1967). Veering with precipitous speed from the hilariously absurd to the genuinely pathetic without ever coming a cropper, Mackay tells the story of twin brothers Rex and Stanley, whose lives are irrevocably linked to the end. Rex, the successful twin, has published a first novel to critical acclaim, and then written a series of successful mystery stories with wife Daphne, but Rex is unhappy. So is Stanley, now a short-order cook living in a grimy boardinghouse. A minor poet of the 1940's, Stanley, while working in a coal mine as a conscientious objector during the war, had seen brother Rex not only inherit the family estate, by rights his as the eldest, but marry Stanley's girl, Daphne. There are further fraternal thefts to be revealed. Understandably, Stanley drinks a lot. Meanwhile, Daisy, Rex and Daphne's daughter, is not happy either. Told that her lover's wife had committed suicide, she was driven by guilt to marry aspiring realtor Julian, who dreams only of perfectly maintained houses. Seamus, Rex's illegitimate son, who lives with his poet-mother and her latest lover, is also unhappy and runs away from boarding school to reveal his identity to Daisy. Seamus, too, has a secret—a family secret of devastating but ultimately cathartic potential. In finely crafted scenes close to black-humored farce, but palpably on the edge of genuine despair, Daisy is freed not only of the awful Julian but of her guilt as well—the family housekeeper, a gothic horror, had lied to her; Stanley dies a hero's death; and Rex, chastened by damning revelations, determines to make amends. A dark romp but told with great panache and empathy. An unusual mix but it works—exceedingly well. Read full book review >