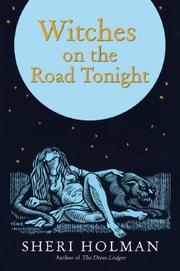 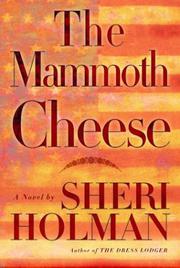 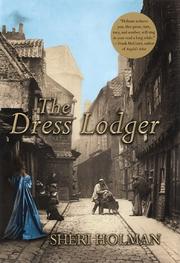 FICTION & LITERATURE
Released: Jan. 1, 2000
THE DRESS LODGER
by Sheri Holman
FICTION & LITERATURE
Released: Jan. 1, 2000
THE DRESS LODGER
by Sheri Holman
If Clive Barker ever writes a historical novel, he'll be hard pressed to invent horrors more lurid than the rotting corpses and dangling viscera that grace, so to speak, this lurid and fascinating second novel from Holman (A Stolen Tongue, 1997). Teenaged Gustine (the —dress lodger—), a prostitute whose "master" garbs her in finery in order to attract the lust of well-paying gentry, is the focal point of this high-energy melodrama, set in the English riverside city of Sunderland in 1831—a year when a plague of "cholera morbus" decimates the populace, and engages the initially reluctant services of Henry Chiver, a young physician hoping to specialize in diseases of the heart but compromised by fallout from the scandal also involving the notorious "body snatchers" Burke and Hare, which had caused him to leave Edinburgh in disgrace. Holman's busy plot also involves Chiver's idealistic fiancÇe Audrey Place, a progressive young woman who pits herself against the plague's root causes—poverty and uncleanliness; Gustine's blackhearted procurer Whilky Robinson, along with his beloved pet ferret Mike; and a mute, one-eyed old woman (known locally as the —Eye—) employed by Whilky to keep watch on Gustine's nocturnal wanderings. The interactions of these and several other remarkably complex characters occur in a context of deepening fear and conflict, exacerbated by the belief of Sunderland's poor that the medical establishment casually sacrifices them to aid its researches; by Henry's increasingly guilty conscience, and by Gustine's efforts to protect—from both death and doctors—her illegitimate baby, an anatomical misfit born with its "heart . . . beating on the outside of its chest." Many more grotesqueries appear, in an atmospheric tale that may have readers gasping for air. Another stunner from a gifted and versatile new master of historical fiction. (First printing of 40,000; Book-of-the- Month/Quality Paperback Book Club selections) Read full book review > 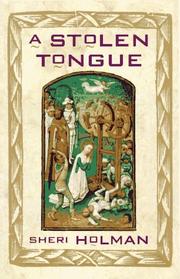 FICTION & LITERATURE
Released: Jan. 1, 1997
A STOLEN TONGUE
by Sheri Holman
FICTION & LITERATURE
Released: Jan. 1, 1997
A STOLEN TONGUE
by Sheri Holman
In an unusual, probing debut, 15th-century Palestine is the destination for a group of German pilgrims, who arrive gratefully in the Holy Land after a perilous sea voyage, only to lose much of what they hold most dear. Fishing the corpse of a fellow pilgrim from a harbor in Crete to give him a Christian burial, Friar Felix Fabri and his patron Lord Tucher escort the dead man to a church containing a relic of the Friar's heavenly bride, the martyr Saint Katherine—and find it stolen. So it goes across the Mediterranean: Whenever they reach a location supposed to possess relics of Katherine, Felix learns that they've just been filched. A woman named Arsinoâ, who joins the pilgrims on board ship, begins to seem a likely suspect: She is believed to be the ``Tongue of Saint Katherine,'' through whom the saint speaks to those on earth. The suspect's odd behavior takes an even stranger twist when she assumes her Greek husband's identity after his death en route. Other deaths follow when the Holy Land is reached, leaving the Friar torn: Is Arsinoâ really what she thinks she is, or is she dangerously delusional, as her pursuing brother Niccolo claims. By misleading her brother, Felix helps her to get a head start on a trek across the desert to Mount Sinai, home of Katherine's shrine, then learns that she may be bent on destroying what he has crossed the world to see. The final stages of the journey bring privation, betrayal, and death to most of his fellow travelers, including his patron and Arsinoâ. Having barely survived himself, the friar is left a wiser man, to contemplate his harrowing experience with what remains of his faith. Light humor and deep tragedy coexist uneasily here, with the latter ultimately triumphant, but the unevenness doesn't change the fact that this is a rich, surprisingly compelling tale of faith and spiritual transformation. (First printing of 35,000) Read full book review >