Soheir Khashoggi was born in Alexandria, Egypt. A member of one of Saudi's most prominent families, she has used her influence to highlight the plight of women across the Arab world. She has participated in conferences worldwide and was recently invited t 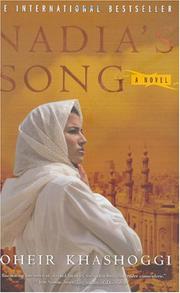 NADIA’S SONG
by Soheir Khashoggi
"Although the rat's identity is a given, Khashoggi overcomes potentially melodramatic material with deft, fast-paced storytelling and sympathetic characters. A winner."
Famed songbird dies under suspicious circumstances, leaving her daughter to search the past for clues. Read full book review > 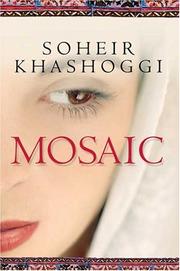 FICTION & LITERATURE
Released: Feb. 1, 1996
MIRAGE
by Soheir Khashoggi
FICTION & LITERATURE
Released: Feb. 1, 1996
MIRAGE
by Soheir Khashoggi
From the Saudia Arabian-born Kashoggi (sister of financier Adnan Khashoggi), a riveting first novel that pushes contemporary buttons—battered women, Islamic treatment of women, and multiculturalism—while offering the more traditional consolations of exotic settings, glamorous characters, and a fast-moving plot. Right after Jenna Sorrel, an authority on battered women, reluctantly appears on a Boston radio show, her worst nightmare comes true. After years of hiding, of fashioning a new identity and making a new life for herself, Jenna is kidnapped and bundled onto a plane. What follows is the story of a past that finally seems to have caught up with her. Born Amira Badir, Jenna grew up the pampered only daughter of the wealthy Badir household in the fictional Arab country Al-Remal. There, the adolescent Amira became painfully aware of Islam's harsh and restrictive practices toward women when she witnessed the death by stoning of her friend Laila, who, married to an old man, had committed the unforgivable sin of adultery with Amira's handsome brother, Malik. Later, Amira, though intellectually ambitious, could not go to college but was forced instead to marry chosen husband Ali, the second son of the king and a horrible sadist. Life as a princess had its material compensations, but when Ali brutally assaulted her, Amira made a daring escape to the US, together with baby son Karim. She went to Harvard, became a psychologist, and eventually met a widower, Brad, whom she'd like to marry. But Jenna knows that while Ali is alive she'll never be safe. In the end, a surprise reunion with brother Malik is marred by the arrival of a vengeful Ali, but Jenna fights back and, after some nail-biting moments, happiness is at hand. Like a modern Scheherazade, Khashoggi spins an irresistible tale of romance and heart-pounding drama in that rarest of fictions—an intelligent page-turner. (First printing of 75,000; Literary Guild alternate selection) Read full book review >