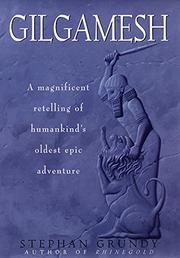 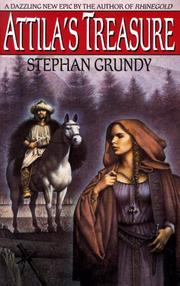 FICTION & LITERATURE
Released: Sept. 1, 1996
ATTILA'S TREASURE
by Stephan Grundy
FICTION & LITERATURE
Released: Sept. 1, 1996
ATTILA'S TREASURE
by Stephan Grundy
In Rhinegold (1994), Grundy offered a life of Sigifrith (Wagner's Siegfried) combining anthropology and magical fantasy. Here, he recounts the early life of Hagan, who appeared in the previous book as the slayer of Sigifrith. Dour and warlike, and a staunch upholder of the old gods, young Hagan is sent as a ``foster son'' (i.e., hostage) to the camp of Attila the Hun. Hagan adapts well to the life of the camp, bonding with a fellow hostage, Waldhari, a Christianized Frank, and at the same time taking instruction from the Hun's shaman. The prowess of the two young men in battle pleases Attila, but the arrival of Hildegund, a young Gothic Christian woman whom Attila intends to wed, disrupts everything. Because of her religion and her civilized ways, she is horrified by Attila- -especially when he brings her three severed heads of Christians slain in battle as tokens of his esteem. Grundy builds up the Huns' society and religion in convincing detail throughout, as Waldhari and Hildegund eventually fall afoul of the jealous Attila. Their escape into a winter storm, carrying off his treasure, precipitates the final crisis, in which Hagan, one of the last upholders of Gothic ways against the inroads of Christianity, is forced to choose between two loyalties. The heavy irony of his final choice is that it's taken in defense of two Christians who have broken (under great provocation, to be fair) all the laws and customs of the old ways he defends. As in his previous novel, Grundy is often more taken with piling up anthropological detail than with forwarding plot, but he has a fine sense for battle scenes, and his portrayal of the pagan vision of a living universe is both convincing and emotionally effective. Strong anthropological fantasy, with well-drawn characters and great insight into the clash of cultures at a crucial point in history. Read full book review > 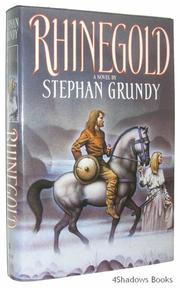 SCIENCE FICTION & FANTASY
Released: March 15, 1994
RHINEGOLD
by Stephan Grundy
SCIENCE FICTION & FANTASY
Released: March 15, 1994
RHINEGOLD
by Stephan Grundy
The powerful legends upon which Wagner build his ``Ring'' cycle are the foundation of this historical fantasy in three books by Grundy—a first novel of epic proportions. The story is essentially the saga of Sigifrith (Siegfried; Grundy's renderings of the characters' names may briefly disorient readers who know them in the Norse variants used by Wagner), the quintessential hero of the Germanic tribes. The first book presents Sigifrith's background in the form of a vision, telling him of his heroic ancestry and of the cursed treasure guarded by the dragon Fadhmir. The second book tells of his coming to age, gaining a steed and a sword worthy of a hero, and of his deeds—revenging his father's death, slaying the dragon, and taking possession of the treasure. In the third installment, his tragic destiny faces him with an impossible choice between two women: Gundrun, a powerful king's daughter, his betrothed; and Brunichild, who believes herself to be his destined soulmate. Grundy sets his epic in the historical fifth century, portraying the customs of the early German tribes in great detail. The author sometimes lets his interest in the anthropological background distract him from storytelling, but the momentum of the plot is usually strong enough to carry the reader past these slow spots. Meanwhile, the prose rarely rises to epic heights, but, on the other hand, it rarely falls flat; at his best, as in those scenes where supernatural forces intrude upon the human stage, Grundy effectively evokes the sheer alienness of the culture he describes. A workmanlike retelling of one of the great tales, full of imaginative sidelights on the people who created it. Read full book review >