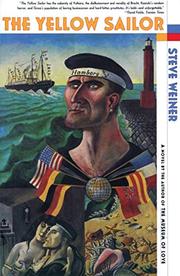 FICTION & LITERATURE
Released: March 16, 1994
THE MUSEUM OF LOVE
by Steve Weiner
FICTION & LITERATURE
Released: March 16, 1994
THE MUSEUM OF LOVE
by Steve Weiner
A hellish journey—through a heartland of 50's America bizarrely transformed as if by a series of lightning flashes—is undertaken by a youth too calculating to be innocent yet a victim worthy of pity: a savagely stark debut by Vancouver-based Weiner. Summary inadequately represents such a tale steeped in bile and bitterness, but the plot's main elements are similar, featuring death and visions of decay to palpable excess. The boy, Jean-Michel Verhaeren, lives in crumbling St. Croix on the frigid north shore of Canada's Georgian Bay. His father is a sadistic prison guard, his mother an ex-convent girl with a tenuous grip on reality, his brother Ignace an albino with a religious bent. Jean, one leg stunted, has a place among these misbegotten, but he bears the additional burden of being effeminate. He attracts admirers only to drive them to suicide through his fickleness, while his father is arraigned for fatally abusing a black inmate. Jean goes to reform school for arson, but is released; he then runs away to the US after being a party to Ignace's drowning, beginning a series of adventures that leads him steadily southward. He keeps the company of Albanians, bums, blacks, the zealous, and the lame, hearing their stories, and visits surreal museums of orphans, love, and death. Along the way, he reunites briefly with his parents, watching his father die in Missouri and his mother dissolve into the Caribbean, before founding his own museum in Haiti, where nÇgritude, so vital to his family's fortunes, can be properly pondered. Compelling in its singleness of purpose—to touch corruption in all its guises—this also reaches the dark, despairing heart of the American dream in a way that few other recent stories have. Read full book review >