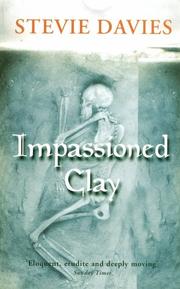 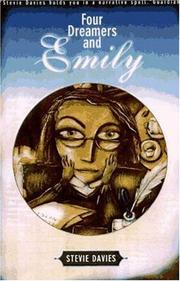 FICTION & LITERATURE
Released: Sept. 1, 1997
FOUR DREAMERS AND EMILY
by Stevie Davies
FICTION & LITERATURE
Released: Sept. 1, 1997
FOUR DREAMERS AND EMILY
by Stevie Davies
In a charming, comic little novel on the love that literature can inspire, a motley group of Brontâ enthusiasts gather for an academic conference—and end up transforming their chaste devotion into a more physical passion. British novelist and critic Davies, herself a Brontâ scholar, pokes reverent fun at all the fuss ladled on the three dead sisters. Her briskly plotted work, the author's first US publication, follows the exploits of four pilgrims to the shrine of the Brontâ homestead: Eileen James, a 60ish virgin who attends all the conferences to proclaim vehemently the significance of Passion; Timothy, an infirm widower who occasionally sees Emily's ghost; Marianne Pendlebury, the professor who arranged the conference—and has a Brontâ pen-pal in Timothy and a grudge against the always disruptive Eileen; and finally young, hulking Sharon, a waitress invited by Marianne, who mistakenly thinks Sharon has hidden literary interests. The conference, peopled by the usual assortment of theorists (the semicolon enthusiasts, the uterine-feminists, the deconstructionists) does not go well for Marianne. She knows that she's on the verge of being sacked by her university (she's too subdued in lectures), and her three toddlers have unexpectedly shown up—in tow of their self-centered father, who deposits them on her lap. Eileen is disillusioned (she happens upon two deconstructionists having sex on the moors, and the animalism of the act shatters her well-tended ideas about passion), but when she's accidently locked in the Brontâ house at night with Timothy, she discovers an appealing companionship. Bored Sharon also finds love on the moors, in the form of local boy Mark, who's entranced by her learned associations. The ending, which picks up the lives of the pilgrims a year later, offers a sweet homage to the transformative powers of literature, in all its subtle forms. An airy read, light and rewarding; particularly enjoyable to those bewitched by the academic world of letters. Read full book review >