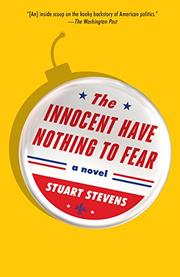 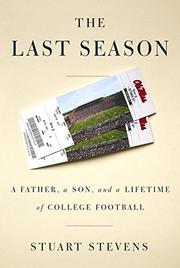 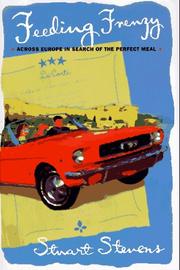 NON-FICTION
Released: June 1, 1997
FEEDING FRENZY: ACROSS EUROPE IN SEARCH OF THE PERFECT MEAL
by Stuart Stevens
NON-FICTION
Released: June 1, 1997
FEEDING FRENZY: ACROSS EUROPE IN SEARCH OF THE PERFECT MEAL
by Stuart Stevens
Stevens, political consultant and author of whimsical travelogues (Malaria Dreams, 1989, etc.), accepts the formidable challenge of dining in all 29 of the Michelin three-star restaurants in Europe on consecutive nights, and lives to tell the story. He embarks on his lunatic quest in the company of Rat, a glamorous and bright lady whose boyfriend has offered to pick up the tab—if they do the 29 restaurants in 29 nights. Off they set in a 1965 Mustang convertible, seemingly used more for its comic possibilities than because of its virtues. From one hotsy-totsy eating house to the next, Stevens and Rat indulge in over-the-top gustatory concoctions prepared by the likes of Bocuse, Loiseau, and the other great heroes of European cuisine. There's no stinting in meals that often dictate a crise cardiaque as the final entry on the bills of fare. The hungry author offers his assured takes on the master chef, the maitre d', and the waiters of each establishment, as well as the cunning of the menus, not to mention the meals. Befitting places where, as the old tag line has it, the elite meet to eat, the chow is emphatically Francophilic. How about a taste of ``La Griblette de Bar aux Rondelles d'Oignon Meunier,'' or a bit of a ``tomate confite a l'huile d'olive et gros sel, mesclun d'ici, au gout mediterrane, pommes de terre moelleuses et croustillantes''? After five lines of such, Stevens says, with a straight face, that there ``was a simple directness about the menu that was vastly appealing.'' To add to the mystique, this frou-frou is generally sans traduction. The food writing isn't quite as nourishing as that of Calvin Trillin, Waverly Root, or A.J. Liebling (to whom Stevens pays appropriate respect); it's more of a lark in the Bertie Wooster mode, and cosmopolitan to a fault. Read full book review > 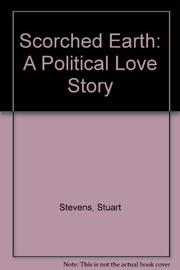 FICTION & LITERATURE
Released: Nov. 1, 1994
SCORCHED EARTH
by Stuart Stevens
FICTION & LITERATURE
Released: Nov. 1, 1994
SCORCHED EARTH
by Stuart Stevens
In his flip, unfunny first novel, travel writer Stevens (Malaria Dreams, 1989, etc.) offers the familiar view of American political campaigning as mud-wrestling. Two brothers are slugging it out in the sweltering late- October heat of the Deep South with six days left to the election. Congressman Luke Bonney is running for the US Senate; his brother, Matt, is a top Washington consultant and adviser to Luke's rival, Governor Solomon Jawinski. The brothers belong to their unnamed home state's leading political family. Their father, Powell Bonney, was a segregationist governor in the '60s who took a Wallace-like stand against school integration; Luke has never forgiven him for his mysterious decision to quit after his first term, and the two have not spoken in years. There are no issues in the present race, just the personalities of Luke (an intense, 37-year-old go-getter) and the much older Jawinski (a ``Polish-Jewish redneck''); the latter, a lovable buffoon regrouping after a messy divorce, is the more vulnerable to negative TV ads until Jawinski's pollster finds three black male prostitutes who allege they have had sex with Luke (a charge Stevens has borrowed from the 1983 Mississippi gubernatorial race). Luke decides he should announce he's been sleeping with Matt's wife, Lisa (also a congressperson): ``It's counter-punch time or I'm belly up.'' It's a silly idea—though no sillier than Luke's media adviser shooting himself to distract attention from Jawinski's superior debate performance—and, typically, it goes nowhere; Stevens often toys with developments, then walks away from them. Similarly, a more serious story about Washington marriages pops up occasionally, only to be displaced by shenanigans. Stevens, himself a political consultant, knows the territory but doesn't have the wit or inventiveness to make it memorable in fiction. Read full book review >