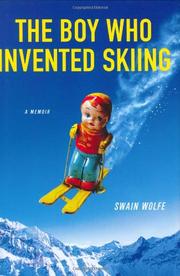 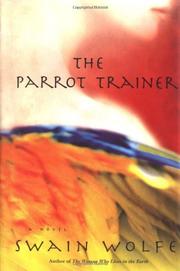 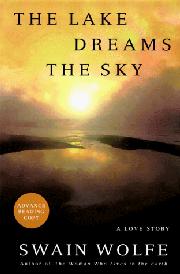 FICTION & LITERATURE
Released: June 1, 1998
THE LAKE DREAMS THE SKY
by Swain Wolfe
FICTION & LITERATURE
Released: June 1, 1998
THE LAKE DREAMS THE SKY
by Swain Wolfe
Rock-ribbed Montana love story. Wolfe's second novel (after the passionate 1995 fable, The Woman Who Lives in the Earth) downplays the more fantastic elements of that earlier tale in favor of muscle-to-bone storytelling. Here, sleek real-estate-demographics analyst Liz Hanson, after 23 years away, returns to Montana to visit her aged grandmother, whose cluttered, chaotic house fronts a lake once used for logging. Once there, Liz discovers a painting on Masonite of a flying woman named Rose, and the story then leaps back to 1948, when Rose Red Crows, a white woman raised by Indians, returns from work in a California aircraft factory to waitress in the tiny town's only diner. Soon after, in drifts Cody Hayes, a saw-sharpener and gifted machinist. At first, he plans to work in town only long enough to pay for the repairs his old truck needs. But then he meets Rose. Love blooms, but it's a dangerous love. Dominating the town is the lake, a deep, mysterious body of water that Rose sees as having supernatural qualities, as something able to bestow life or ecstasy on those who believe. After building a sea wall for an ambitious local, Cody works out a method for dredging sunken logs lying on the clear lake's bottom, with the intention of selling them to a distant mill. Meantime, the diner's regulars, many of them lusting after Rose themselves, take a fierce dislike to Cody, and when two kids bust open a gas pump and set part of the town and the lake afire with 5,000 gallons of gasoline, he's framed for the disaster. As a result, Cody's actually committed to a nearby electroshock-happy asylum for observation—while Rose pines and sets about his rescue. The story soars off into an astonishing climax, nicely mingling the mundane and marvelous and once again demonstrating Wolfe's stirring, original power as a storyteller. Read full book review >

FICTION & LITERATURE
Released: May 1, 1995
THE WOMAN WHO LIVES IN THE EARTH
by Swain Wolfe
FICTION & LITERATURE
Released: May 1, 1995
THE WOMAN WHO LIVES IN THE EARTH
by Swain Wolfe
Montana filmmaker Wolfe debuts with a wondrously mythicized short first novel breathing Jungian archetypes and ringing with marvels. Not much helps the reader come to grips with what happens beneath the level of conscious artifice here, with a plot that's intentionally supra-rational, prose like night air, and characters running about in fantastical Boschian animal masks to ward off demons. Near the folk of Henrytown, who have dried up in their souls, the child Sarah lives on a farm with her father Aesa, a smith who makes knives and hinges, and her mother Ada, who has ``milkmaid's shoulders, large hands, and legs like oaks,'' as well as ``a small smile and playful eyes that challenged silly thoughts.'' Wells on drought-ridden farms all around theirs are drying up and families are disappearing. When Aesa and Ada go many miles off for part of each week to work for much-needed money, Sarah is left alone to tend the farm and the animals with her old and brittle great-grandmother, Lilly. Sarah meets a floating light of consciousness that sometimes takes the form of a shimmering fox- -her spirit-guide—and that calls itself Marishan Borisan (``I think from the middle of my middle. I don't need words, and I'm not a fox''), and teaches her how to turn herself into a flower, a bird, an aspen tree, or even ice. Villagers roundabout, however, thinking that Sarah is the demon causing the drought, harassing her with the Lizard Woman and three thickheaded authority figures on horseback: Kreel, Grayling Eyes, and Henkel. When she flees, they chase her into a dark tower and set it afire. But Sarah shape- shifts, becomes a mist, seeps into the villagers' lungs, and through her temporary martyrdom frees them of their fears and returns them to their elemental roots. Charmed readers in the Hereafter will turn these pages with wise little smiles. Read full book review >