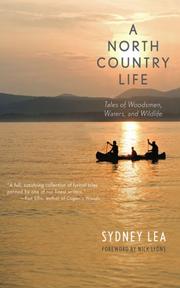 Released: June 14, 1989
A PLACE IN MIND
by
Released: June 14, 1989
A PLACE IN MIND
by
Following two books of poetry, Lea's first novel is a leisurely, evocative study of time, place, and a friendship between two men, set mainly in a remote village in Maine. The pivotal year is 1961—as narrator Brant Healey, having turned 70, looks back over his life and, like a craftsman in thought, tries to find some aesthetic shape and wholeness to it. Without any wife or family of his own—although his Bostonian parents left him independently wealthy—Healey has for decades been a kind of Hemingwayesque connoisseur of the pure sporting life. This means that he has continued to live in a Back Bay apartment (he is unemployed, though he has a Ph.D.) for much of each year, but for the remainder has gone to the place that matters most deeply to him, the rough-fitted "camp" (he bought it in 1929) on a trout river in McLean, Maine. It's here that Healey has hunted and fished, has gradually lost the subtle stigma among the locals of being an "outsider," and has formed a deep and lifelong friendship with the unlettered but wise Louis McLean—guide, woodsman, caretaker, and, in the case of the family-less Healey, soul-mate, fellow drinker, and boon woods companion. Oddly mismatched in education and social class, the two men are bonded again and again during their life together, and in his ruminative looking-back, Healey sketches the shape of those decades: the death of Louis' unhappy wife; Louis' drifting into an affair with another man's wife (and getting badly beaten up for it); and—closer to present time—the death of Louis' son in a merchant marine accident. Healey's own past, too, is sketched into the tapestry—most notably his passionate (and lost) love affair in 1921, which has had much to do with shaping the rest of his half-isolated, half-perfectionist life as an artist of comradeship and the outdoors. There's little here by way of a central, gathering action (Louis' death at end is more a quiet ceasing than a climax), but the novel is sculpted instead from life-shaped panels of mood, detail, and distantly remembered incident—with a good plenty of vivid but unpretentious hunting and fishing. Overall, ambitious and sensitive work about nature, fidelity, and the shoring up of ruins against their loss. Read full book review >