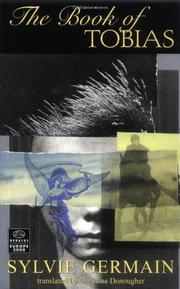 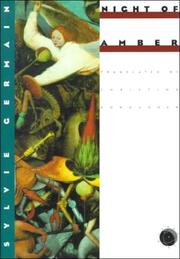 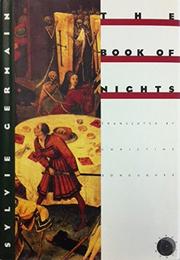 FICTION & LITERATURE
Released: Nov. 1, 1993
THE BOOK OF NIGHTS
by Sylvie Germain
FICTION & LITERATURE
Released: Nov. 1, 1993
THE BOOK OF NIGHTS
by Sylvie Germain
Germain's sixth book is her first to appear in English: a poetic saga that sweeps its way through a century of French history by following the generations of a symbol-rich family. First in the publisher's new Verba Mundi series of modern-world literature. ``In those days the Peniels were still fresh-water people,'' begins the story, sometime before 1870 and the Franco-Prussian War. A riverman who captains a barge named The Mercy of God all but gives up on fatherhood before his wife Vitalie, following six stillbirths, delivers a fine boy—and the saga begins. Theodore- Faustin Peniel, soft of voice and shy of manner, will grow up, marry out of passionate love, have children, but then become changed forever when he's hideously deformed in the battle of Sedan. Madness, sorrow—and incestuous love with his own daughter- -will result in the birth of Victor-Flandrin, who because of a fleck of gold in his left eye is known as ``Night-of-Gold.'' In time, carrying with him seven tears wept by his father and the quivering light of his mother's shadow (which protects him even from a wolf), Victor-Flandrin settles in a farm village called Blackland—where he will have 15 children by five wives, and live through WW I (although a son won't) and WW II (although many, including a wife and children, won't) before his own humble and yet majestic death. Germain succumbs at times to a pseudo-biblical saga-style (``And their hearts in turn had taken root, even flowering like wild roses...''), or descends to a philosophic rudimentism (``Only the earth remained inalterably the same...''), but her genuine lyric and narrative powers—a bleeding birthmark, a tamed wolf, grievous deaths, miraculous loves—on balance keep her craft grandly asail. Sometimes short on inner energy, but, overall, a gloriously beautiful, gem-studded tapestry of human desire and suffering. Read full book review >