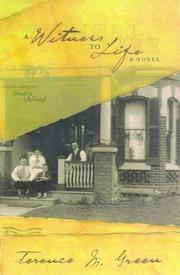 FICTION & LITERATURE
Released: April 22, 1999
A WITNESS TO LIFE
by Terence M. Green
FICTION & LITERATURE
Released: April 22, 1999
A WITNESS TO LIFE
by Terence M. Green
Prequel to Green's Shadow of Ashland (1996) and immensely superior to it. Shadow told of a brother, Jack Radey, who disappears from Toronto during the Depression and for 50 years is not seen again. Then 50-year-old letters from him begin to arrive; a visit to Ashland, Kentucky, brings up his ghost; and still more letters arrive. Such surrealism takes place here again, with the narrator dying and turning into a black starling who sits on phone wires with other starlings and watches his family members grow and die, observing the deaths of others as well, including those in great fires and maritime disasters. We watch a century of Radeys pass through life; know their houses by street and number; their jobs in a variety of Toronto businesses; their illnesses, children, weddings, death notices, funerals. Martin Radey himself is born into a Toronto family with ten sisters and two brothers. His mother dies relatively young. He stays single until his late 20s, when, after a beautiful courtship, he marries a suffragette and has two children (one is Jack, now the focus of the story). Martin has spent his adult life in the receiving department of Don Valley Pressed Bricks and Terra Cotta, and when his young wife dies suddenly, he is left knowing nothing about raising children. A second wife dies of septicemia; Martin goes to live with her sister and mother, then they die; and, finally, his brother Mike has seven children who marry, have children, and die. The entire Radey family, it seems, is a huge flock of starlings, all dead by novel's end, largely of natural causes. A phenomenal idea, like applying the detail of Joyce's Dublin or the techniques of Dos Passos's USA to a single family. Read full book review > 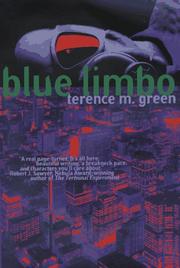 SCIENCE FICTION & FANTASY
Released: Jan. 1, 1997
BLUE LIMBO
by Terence M. Green
SCIENCE FICTION & FANTASY
Released: Jan. 1, 1997
BLUE LIMBO
by Terence M. Green
Near-future cop-on-the-rampage from the author of the similar Barking Dogs (1988), etc. Despairing, cuckolded cop Mitch Helwig blows up a vast warehouse belonging to 21st-century Toronto's current criminal Mr. Big—and gets suspended for his pains. So Mitch goes home to look after his nine-year-old daughter, taking time out to trash his wife's lover's apartment. Meanwhile, his proponent on the force, Captain Sam Karoulis, suspects that deputy chief Joseph Galecki is in cahoots with the bad guys; and the bomb that explodes beneath Karoulis's desk—he and Mitch narrowly escape—confirms his suspicions. Angry Mitch fits himself out with the latest high-tech crime-busting hardware, but the bad guys shoot Karoulis dead on his own doorstep. Thanks to a technological breakthrough, though, Karoulis's undead head can be hooked up to life support and a computer; and the head reports that the murderer was Galecki himself! Rousing but improbable, with Mitch's witty, irreverent old dad stealing the show. Read full book review > 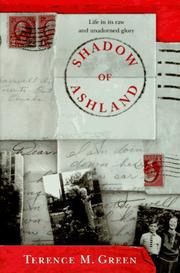 FICTION & LITERATURE
Released: March 1, 1996
SHADOW OF ASHLAND
by Terence M. Green
FICTION & LITERATURE
Released: March 1, 1996
SHADOW OF ASHLAND
by Terence M. Green
Mystery casts a 50-year shadow over a Toronto family, until letters out of the past take a middle-aged man on a quest for his long-lost uncle. When Leo Nolan's mother dies, her last wish is to see her baby brother Jack, who vanished into Ohio at age 23 during the height of the Depression. After her death, fifty-year-old letters from Jack inexplicably begin to arrive, placing him in Ashland, Kentucky, and spurring Leo to seek answers. He visits Jack's old hotel in Ashland, receiving a curious welcome from Stanley and Teresa, the elderly couple owning the place, who clearly know more about Jack than they're willing to say. Finally, Leo's wanderings in town take him into Woolworth's, where he meets pretty Jeanne, a lunch-counter waitress whom he gets to know better. But one night's ramble also brings a chance encounter with Jack, as the past and present suddenly coalesce. Leo follows his uncle on a walk, only to have him disappear into thin air; but their walk is repeated each night, until Leo finally speaks to him—and finds himself 50 years in the past. Without revealing who he is, Leo gains Jack's confidence, learning of the young man's affair with Teresa as well as of a desperate plan to tunnel from the hotel basement to the bank across the street. With heavy rains, the robbery becomes increasingly dangerous, and indeed the tunnel finally collapses, with Jack and two others inside. Thinking his uncle dead, Leo finds himself back in the present, but since still more old letters arrive to show that Jack somehow survived, he finds incentive to take care of his own affairs, romancing Jeanne and welcoming Jack and Teresa's secret daughter into the family. Hokey, sentimental, and at times implausible, yes, but with disbelief willingly suspended this second novel from Green (Barking Dogs, 1988) possesses enough quiet wonder and innocence to come pleasantly to life. Read full book review >