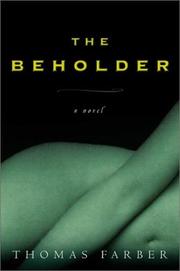 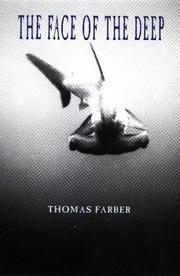 ESSAYS & ANTHOLOGIES
Released: Aug. 1, 1998
THE FACE OF THE DEEP
by Thomas Farber
ESSAYS & ANTHOLOGIES
Released: Aug. 1, 1998
THE FACE OF THE DEEP
by Thomas Farber
Farber (On Water, not reviewed), a faculty member at the University of California, Berkeley, is a lithe, spare stylist who deploys his language as "art, shield, music, weapon." Here he takes concise stock of the miraculous ocean depths, the often sorry histories and the literary associations of certain Pacific outposts: Tonga, the Samoas, Hawaii, among others. The chapters in this short collection read like epigrams—witty, paradoxical riffs over a range of Pacific Ocean subjects, so compressed, the sides of the page appear to bulge outward. The writing is evocative and keen, whether Farber is describing a dive in which hammerheads suddenly swirm above him (he sees himself as an overwhelmed turret gunner: "Bandits at one o'clock, at two, at five, oh sweet Jesus") or considering the doings of pirates, the tropes and portents of treasure; or covering the "old sins, omissions, ghosts, seeking correction, justice" of Hawaii's shifting moral ground. Walking Pago Pago's streets, he experiences "not just a time warp but a time woof. Relativity disproved," then envisions his pal Richard "making his appearance in court. His appearance. If you could get past his appearance. If he could." Farber's uncanny alertness keeps him busy processing what he sees and hears, all the foreignness of place, and in particular his fascination with and addiction to water. He is equally busy finding and unraveling literary connections—the "rich and strange commentary from without"—from Melville, Stevenson, et al., to Cicero and Martial and the Celtic poet Amhairghin, and best of all to indigenous writers, Albert Wendt and Epeli Hau'ofa among them. And Farber keeps the book nimble-footed with a number of amusing asides, such as the response he gets from total strangers to shaving his head. Readers will be left with no doubt that for Farber the ocean is aqua cognita (though he would never be so pretentious), a surf-wet tangle of lover, nemesis, black magic, white magic; then again, he "hope[s] for rideable waves, the sweet deep calm of morning glass.—— Read full book review >