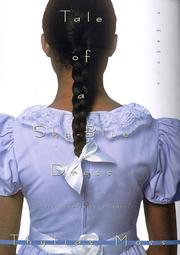 BIOGRAPHY & MEMOIR
Released: Aug. 1, 1998
TALE OF A SKY-BLUE DRESS: A MEMOIR
by Thylias Moss
BIOGRAPHY & MEMOIR
Released: Aug. 1, 1998
TALE OF A SKY-BLUE DRESS: A MEMOIR
by Thylias Moss
An elegant, forthright exploration of the effects of evil on a fragile life—the author's. Moss (English/Univ. of Michigan), a MacArthur-winning poet, was barely five when she first met her demon: a girl in a sky-blue dress named Lytta Dorsey. After the Dorsey family moved into the apartment just below her parents— own in Cleveland, Lytta offered to babysit the young Thylias, initiating a reign of terror that lasted for years. Emotionally disturbed and evidently a blossoming sadist, the older girl dominated the younger, abusing her charge with increasing fervor until her attacks culminated in a rape of the little girl. Moss told no one at the time, distancing herself not only from her loving, unsuspecting parents but also from herself and her body. The effects of her silence were long-term and profound: Lytta's cruelty was later mimicked by a succession of men while Moss was still in her early teens. Now, aided by the strength of perspective and the power of language, she revisits her past in order to examine her own silence and the formative effect of her trauma on her identity as a writer. Although her story is undeniably grim, it concerns victimization less than the dangerous interplay between life and death, creativity and destruction. Moss even suggests that she wouldn—t be who she is were it not for her intimate knowledge of evil, oppression, and pain. —I am not saying accept torment and tyranny—no,— she writes, 'stop such forces if at all possible, but if those forces persist, as I believe they will, splendor, however muted its form, can help console, can help one plot and execute escape.— Her escape—aided by a gentle, prescient man who fell in love with her when she was 16 and later married her—is remarkable. A stylish, well-wrought memoir that forgoes self-pity for redemption. Read full book review > 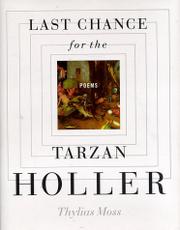 Released: April 17, 1998
LAST CHANCE FOR THE TARZAN HOLLER: POEMS
by Thylias Moss
Released: April 17, 1998
LAST CHANCE FOR THE TARZAN HOLLER: POEMS
by Thylias Moss
Moss's brainy and tough-minded verse has already been honored by a number of awards, including a MacArthur fellowship, and it's easy to see why—her dense and lush poems give themselves —to the glory raging,— to a frank and elemental heaping-on of imagery and language that balances the sacred and profane in encyclopedic word-hoards. Her archaeologies of information gather themselves around everything from mothering (and the —blunt love— of family) to its inverse in the title poem, a breast- beating cry about Susan Smith, the modern Medea, drowning her sons. Moss can exhaust with her gluts of abstraction, her prophetic inclinations (—For Hagar—); like Amy Clampitt, whom she honors, her poems resemble —the event horizon of a black hole,— and sometimes drag us in as well. But Moss's ambitions, and her disarming womanliness, raise family drama to biblical dimensions; she finds simple joys in a bath (—accessible Heaven—) and that manly —thing, fat with pride— (in an ode to Bosch). Moss suffers her art too and —the truth of human inadequacy,— even as she embraces with Whitmanic magnanimity the world at large. Read full book review > 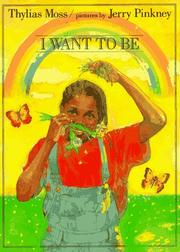