Tom Dots Doherty knows the world of advertising well. Like the lead character in his first novel, Doherty worked as the managing director of an advertising agency. He is a Fellow of the Institute of Advertising Practitioners in Ireland and chaired the Irish Advertising Effectiveness Awards. He lives in Dublin, is married and has two daughters. 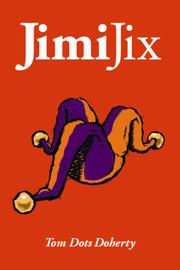 In Doherty’s debut thriller, a murder stirs up the cold case of a botched kidnapping of an advertising exec’s wife and daughter.

Adman Killian Doyle checks on little brother, Dave, a kids’ entertainer whose wife is concerned about his recent unexplained distress. But Killian arrives too late: armed robbers raided the restaurant where Dave worked and killed him in the process. DI Cormack O’Sullivan is on the case, the same man who investigated the failed abduction that resulted in the deaths of Killian’s wife, Claire, and daughter, Sarah, three years ago. The kidnappers are dead, but Killian suspects O’Sullivan had a hand in the crime. O’Sullivan’s then-partner, Tony Maguire, also had his suspicions about him and ended up dead. Tony’s daughter Jill is the DI’s new partner. Killian, who believes the robbery was a smoke screen for Dave’s murder, isn’t sure whom he can trust as he hunts for the killers. There’s a lot to enjoy in this knotty tale, including an overwhelming mood of distrust, even among the characters who seem to be helping Killian. Doherty keeps a steady pace with a delectably curvy plot: people leave covert messages for Killian to meet somewhere; more than one character withholds info only to drop a bombshell later; and Killian repeatedly spots a silver Nissan that’s most likely following him. Identifying the one(s) behind the murders may be relatively simple for readers, but Doherty manages quite a few surprises involving characters both dead and alive. The author puts the protagonist in danger several times, be it from a masked man attacking Killian or Killian confronting someone who he knows is a threat. Such an abundance of death and deception doesn’t allot much space for humor, but a lighthearted moment does stand out: Killian gets wounded in the ass and, in a moment of modesty, has trouble asking for help.

A positively rewarding thriller from an author who knows just when to zig and when to zag.