TOM LALICKI is the author of three acclaimed nonfiction books for young readers, including Grierson’s Raid: A Daring Cavalry Strike Through the Heart of the Confederacy. He lives in Westchester County, New York. This is his first novel. 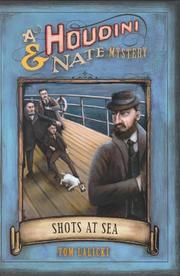 BIOGRAPHY
Released: Sept. 25, 2007
SHOTS AT SEA: A HOUDINI & NATE MYSTERY
by Tom Lalicki
BIOGRAPHY
Released: Sept. 25, 2007
SHOTS AT SEA: A HOUDINI & NATE MYSTERY
by Tom Lalicki
Lalicki's second historical mystery finds escapologist Harry Houdini and his protégé Nate Makeworthy Fuller IV on board the Lusitania, there to uncover the identity of Theodore Roosevelt's would-be assassin. While they are taking a walk one evening on board ship, a shot is fired; though it's aimed at Roosevelt, Nate and Houdini suffer minor injuries. Nate has been practicing his skills of observation, so he's sure he can identify the shooter. Danger lurks around every corner, but Houdini and Nate are well-prepared. Familiar characters, such as stuffy Aunt Alice and Nate's devoted mother, make an appearance, as does Houdini's wife Bess. To catch the villain, Houdini puts on a spectacular performance. Lalicki is well-versed in his subjects, but the historical detail sometimes overwhelms the light-heartedness of the story. Readers interested in fiction with historical characters will drink this one up, and it's also for fans of Dan Gutman's Qwerty Stevens, Back in Time mysteries. (Historical fiction. 8-12)Read full book review > 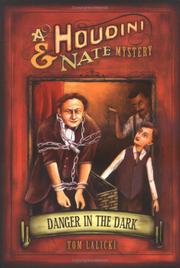 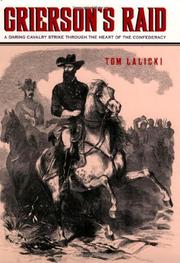 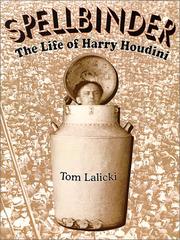 SPELLBINDER: THE LIFE OF HARRY HOUDINI
by Tom Lalicki
Houdini has plenty of biographers, but Lalicki, who as Tom L. Matthews wrote Always Inventing: A Photobiography of Alexander Graham Bell (1999), will leave even veteran students of the great showman, magician, escape artist, and self-promoter astonished anew: "He was stripped naked and examined by a police surgeon who certified that he was hiding nothing. His mouth was taped shut, his wrists and ankles were shackled in ten sets of police handcuffs. For good measure, the ankle cuffs were attached to the handcuffs with an eleventh pair before he was locked into an interrogation room. Five minutes later, Houdini walked out . . ." Were there any limits to his ingenuity? Among many other feats, he also escaped from an oversized paper envelope without tearing it, pulled dozens of threaded needles from his mouth in the oft-performed "East Indian Needles," developed a show for blind audiences and put on performances despite a broken ankle and a ruptured appendix. Lalicki doesn't explain Houdini's tricks, but describes them in riveting detail, emphasizing, as Houdini always did, that the chains, the locks, and the personal danger were never faked. Stocking the tale with a generous array of family portraits, dramatic publicity photos, and attention-grabbing playbills, the author paints a vivid picture of an intense, generous man who did not need to have his exploits exaggerated to make him a folk hero—or, as once billed, "The Most Popular Man in the Entire World." (index, bibliography, author's note) (Biography. 9-12) Read full book review >