Toni Graham is a native of San Francisco, currently an Assistant Professor at Oklahoma State University. Her first book, The Daiquiri Girls (Universityof Massachusetts Press) was the winner of the Associated Writing Programs Award for Short Fiction. Amon 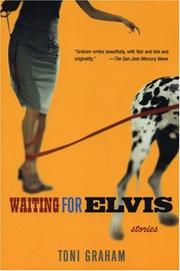 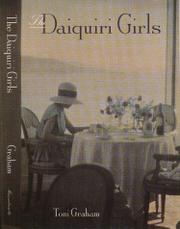 FICTION & LITERATURE
Released: Oct. 1, 1998
THE DAIQUIRI GIRLS
by Toni Graham
FICTION & LITERATURE
Released: Oct. 1, 1998
THE DAIQUIRI GIRLS
by Toni Graham
Heartache, loneliness, and abundant booze (hence the title) shape the lives of the four San Franciscan women in this debut collection, winner of the AWP Award for Short Fiction. The volume, sectioned off into tales about Jane, Magdalena, Zoe, and Victoria, isolates the source of despair in each woman's life and extrapolates from it small scenarios that offer character portraits. In the opening story, "Kilter," Jane mourns the death of Lars, her lover, decapitated in a car accident a few years ago. She weeps on his grave, goes on drinking binges, and attempts communication with her grown-up daughter. In the next Jane story, a —Guest— comes to visit her—-a man she met at an airport. She hesitantly takes him to bed, though the memory of Lars still lies between them. In "Blood Bank," the first of the Magda stories, Magda faces a hysterectomy and the success of the husband who has left her. Zoe, too, is going through a divorce, and deals with the pain by using chemical peels as her therapy, shucking the outward married woman to reveal the emptiness she feels herself to be without her husband. In later Zoe stories, Zoe struggles both with her daily work routine as a graphic artist and with bouts of heavy drinking. The last eight pieces focus on Victoria, who starts out happily married to Peter. Soon enough, however, he begins a life of persistent flirtation (and drinking). In "Endings," Victoria and Philip, an alcoholic, depressive magician, enjoy a true love affair, discovered by Peter, who in the previous story has already realized his role as cuckold. In ensuing tales, Victoria and Peter separate, Philip goes to jail, she begins an affair with her psychiatrist and is eventually left to sleep alone, as are the rest of Graham's women. Men leaving, women drinking, and repetitive plots leave the collection, although well written, also redundant and limited in impact. Read full book review >