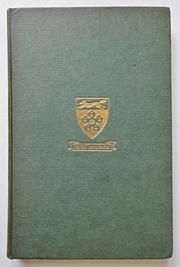 NONFICTION
Released: March 10, 1992
MARSDEN HARTLEY: THE BIOGRAPHY OF AN AMERICAN ARTIST
by Townsend Ludington
NONFICTION
Released: March 10, 1992
MARSDEN HARTLEY: THE BIOGRAPHY OF AN AMERICAN ARTIST
by Townsend Ludington
A penetrating biography of American painter Marsden Hartley, by Ludington (English and American Studies/Univ. of North Carolina; The Life of John Dos Passos, 1980). Ludington offers a psychological portrait of an intense, contradictory, scornful, but gentle man who transcended his 19th- century roots in Lewiston, Maine, to view Europe as his home and to make a distinctive contribution to modernism. ``His loneliness, his peripatetic nature, his ideas, and the subjects of his paintings all stemmed in part from his homosexuality,'' Ludington argues. Born in 1877 to an English cotton-spinner, Hartley was eight when his mother died—a lethal blow to ``his fragile ego.'' He worked in a shoe factory at age 16, then a marble quarry, moving to New York in 1899 to study art. Through Alfred Stieglitz's 291 gallery, Hartley eventually gained recognition and some success. Almost until his death in 1943, however, he was haunted by poverty and torn between rustic country and charged city, and then between Europe and America. Hartley fell under Germany's spell in 1913 as he found not only avant-garde culture but homosexual experience: Some of his strongest paintings are cubist arrangements of military symbols, inspired in part by a German soldier's death. Later, his passion for his new-found home let him rationalize Nazi oppression in ``murderously dangerous opinions.'' Ludington effectively quotes Hartley's letters, as when the artist speaks of failing to find ``the same convincing beauty'' of Kandinsky's theories in his own work, or of ``the child within me, namely the romanticist, albeit not perhaps a romance of love as of madness for the mountain.'' Though a recognized artist with works in the Museum of Modern Art, a despairing Hartley in 1935 destroyed over 100 paintings and drawings because he couldn't pay storage costs. In such details, Ludington keeps up the pace of the story—looking at the artist's ``mercurial'' inner life in far more depth than at his work. (Fifty-one b&w and 11 color photographs—not seen.) Read full book review > 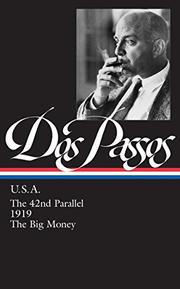