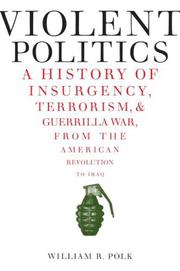 VIOLENT POLITICS: A HISTORY OF INSURGENCY, TERRORISM, & GUERRILLA WAR, FROM THE AMERICAN REVOLUTION TO IRAQ
by William R. Polk
"A lucid, absorbing analysis of the theory and reality underpinning three centuries of insurgent movements."
A captivating but disquieting examination of how insurgencies begin, grow, persist and either succeed or fail. Read full book review > 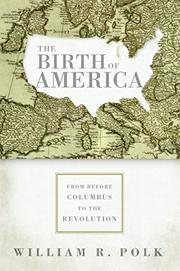 THE BIRTH OF AMERICA: FROM BEFORE COLUMBUS TO THE REVOLUTION
by William R. Polk
HISTORY
Released: April 7, 2006

THE BIRTH OF AMERICA: FROM BEFORE COLUMBUS TO THE REVOLUTION
by William R. Polk
"Packed with impeccable scholarship and insightful analysis."
America grows from embryo to newborn, nurtured by an international cast of characters. Read full book review > 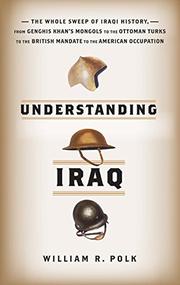 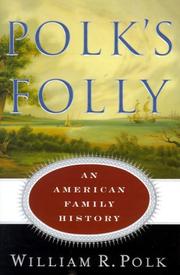 HISTORY
Released: Jan. 18, 2000
POLK'S FOLLY: AN AMERICAN FAMILY HISTORY
by William R. Polk
HISTORY
Released: Jan. 18, 2000
POLK'S FOLLY: AN AMERICAN FAMILY HISTORY
by William R. Polk
A distinguished historian's fascinating WASP roots narrative that excels as family saga, revisionist American history, and inquiry into what we can possibly know about the past. In addition to sharing a family tree with the US President James K., famed journalist George, Wilson era diplomat Frank, and WWII General James, the author's relatives have taken bows on every stage of American history, and can be traced all the way back to the 15th-century lowland Scotsman John Maxwell de Pollok, whose holdings included a small pond (—pollok— in Gaelic) south of Glasgow. Instead of wallowing in his ancestors' triumphs, Polk (History/University of Chicago; Passing Brave, 1973, etc.) considers the sparse, misleading, and frequently apocryphal evidence that remains, and then works such evidence into the larger American scene. When documentation fails to disclose much about the 17th-century immigration of Protestant Scottish mercenary Robert Pollock to Lord Baltimore's Catholic New World land grant colony on the Chesapeake Bay, Polk goes for the fun facts, offering miniature monographs on Indian relations (which were very good, at first), the inadequacies of the Scottish axe, the curious lack of dinner forks, and the grim hardships attending a failed tobacco plantation that—now a wildlife refuge—justly earned the sobriquet Polk's Folly. We hear of inglorious Indian trader relatives, and nasty colonists who nearly doomed Washington's Continental Army (with which Polk family members wintered at Valley Forge) with bad provisions, desertions, and betrayals to the British. Gathering momentum in discussing the 19th-century perils of James, a Union calvary officer imprisoned during the Civil War who later gunned down one of Judge Roy Bean's corrupt cohorts, the chronicle soars into the 20th century with gripping accounts of the notorious Zimmerman telegram and Patton's tank battles, concluding with the murder of journalist James. Brilliant historical narrative that celebrates, in family members and the nation as a whole, an abundance of heroism, tragedy, guts, and glory. Read full book review >