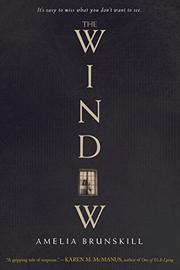 Even death can’t break the bond of identical twins. In this debut novel, Jess sets out to uncover who was responsible for her sister’s fatal fall.

Jess knew that she was the one her parents worried about, the one her classmates found odd, the one who was private and didn’t like to be touched. When her identical twin, Anna, is found lying dead beneath her window, everyone is quick to identify her fall as an unfortunate accident. Jess, who knew Anna better than anyone, suspects foul play, and she uses her observational skills to seek the truth. The task isn’t easy when everyone in small-town Birdton, Montana, has their secrets—even Anna. In the process of getting to know her sister’s friends, frenemies, and love interests, the perpetually misunderstood Jess develops her own bonds and begins to forge her own identity. All of the characters but one are white, and this becomes a key plot point in the story. Entries from Anna’s diary interspersed with Jess’ methodical first-person narration heighten the tension and fill in gaps, while plenty of red herrings keep readers guessing throughout Jess’ investigation. Perhaps her biggest discovery, however, is that of Anna’s love for her.

IT SHOULD HAVE BEEN YOU
by Lynn Slaughter
Children

WE ARE THE GOLDENS
by Dana Reinhardt
Children