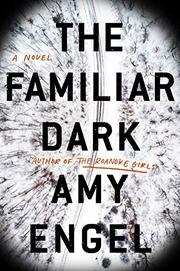 A bleak drama of rural America that offers grim lessons but minimal hope.

In a small-town park, Izzy and Junie, two 12-year-old girls, meet a grisly end. Junie’s fading consciousness sheds no light on the murderer’s identity. This is Engel’s second adult novel (after The Roanoke Girls, 2017) to unfold in a meth-ridden, dying town. The setting is somewhere in Missouri, but this could be any American town, in any area left behind by the concentration of wealth and the exodus of youth. In towns like the aptly christened Barren Springs, many young people never make it out, and Junie’s single mother, Eve Taggert, is one of these. The deck is stacked against Eve and her brother, Cal, from birth—in a trailer in a remote “holler” to a drug-addicted mother who starves them, abuses them, but manages to instill in them fierce family loyalty and an implacable eye-for-an-eye mentality. Now in their 30s, Cal and Eve have succeeded up to a point: Each has a small apartment in town; Cal is a cop, and Eve works as a waitress. Thanks to Eve’s efforts, Junie had a modicum of a normal life and a best friend, Izzy, daughter of Zach and Jenny, who by Barren Springs standards are middle class. Through a fog of grief, Eve vows to find the killer and begins tracking the short list of suspects. These include her violent ex-boyfriend, Jimmy Ray, and his meth-cooking sidekick, strip club bartender Matt. An unforeshadowed revelation about Zach halfway through adds nothing to the suspense—instead, we are brought up short, wondering how a first-person narrator like Eve, blunt, plainspoken, and obsessed with the truth, could conceal this glaring fact from herself for half the book. In fact, her unerring instincts will lead to a completely unexpected conclusion. These pages are replete with lessons about the choices women have in such environments—that is to say, none, except to toughen up or give up.

Readers craving some nod at redemption may have to be satisfied with rough justice.

ABOVE THE WATERFALL
by Ron Rash
Mystery