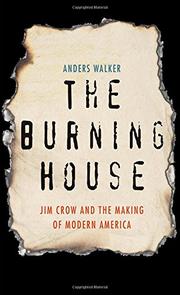 A law professor takes on the history of racial integration in the United States by focusing on well-known intellectuals who questioned whether integration was wise or desirable for African-Americans.

The intellectuals are primarily writers, black and white: James Baldwin, Ralph Ellison, Zora Neale Hurston, Alice Walker, Richard Wright, William Faulkner, Harper Lee, Flannery O’Connor, Robert Penn Warren, and Eudora Welty. Walker (St. Louis Univ. School of Law; The Ghost of Jim Crow: How Southern Moderates Used Brown v. Board of Education to Stall Civil Rights, 2009) connects their outlooks about racial integration through Lewis F. Powell Jr., a Virginia lawyer who became a Supreme Court justice. Whether Powell and the white authors Walker discusses were motivated by racism is an unsettled question, but there is no doubt they preferred separate, parallel societies over integration through public schools and other institutions. As for the black writers, they believed their culture benefitted from separateness, and many believed it to be superior to white culture. Baldwin, in particular, became known for reaching white audiences as well as fellow blacks with the message that mandated integration threw the two races together to lose their identities inside a “burning house.” Near the end of the book, Walker analyzes the beliefs of the only “prominent federal official [who] seemed to carry the torch for southern pluralism, Supreme Court Justice Clarence Thomas,” who has shown a “commitment to black self-reliance.” Today, carrying forward a tradition of resistance to integration is not only Alice Walker, but also Between the World and Me author Ta-Nehisi Coates, who “looked back to James Baldwin and Richard Wright for inspiration” and whose arguments have “evoked many of the same debates that southern writers conducted in the 1950s and 1960s.”

Readers unfamiliar with the anti-integration culture might find some of the invective difficult to process, but Walker skillfully presents his interpretations of his subjects’ writing.