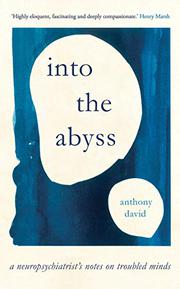 That psychiatric illness is at least partly brain disease still provokes skepticism in some circles, but these compelling case reports make a convincing argument.

In his first book, psychiatrist David (co-author: Lishman’s Organic Psychiatry, 2009), director of the University College London Institute of Mental Health, writes that journalistic accounts of mental health “either lament the overdiagnosis and the medicalization of life or blame it all on modern society. The real problem, they say, is social media, sexual abuse, drugs, poverty, wealth, patriarchy, feminism, religion, lack of religion…the list goes on.” After agreeing that social and personal stresses play a role—as they do in obesity, heart disease, allergies, and numerous other conditions—the author proceeds to discuss a dozen patients whose illnesses can only be explained by a combination of biology, psychology, and sociology: the “biopsychosocial model of mental disorder.” Among David’s case studies are a man who suffered a catastrophic accident that left him with severe brain damage, from which his body recovered but not his personality; two different patients who were completely paralyzed despite tests that showed their brains were awake and functioning; and a schizophrenic woman who developed Parkinson’s disease, which doesn’t make sense because Parkinson’s, a neurological disorder, results from a deficiency of dopamine, a chemical that transmits nerve signals in the brain; schizophrenia is thought to involve a dopamine excess. David comes across as a compassionate physician and talented writer who works hard to demonstrate the biopsychosocial model and usually succeeds. Americans will note that a major social source of treatment failure—inability to afford it—doesn’t apply in Britain’s National Health Service, and several of his long-term triumphs could not have been repeated in the U.S. The cases are complex and sometimes so bizarre that it’s often difficult to apply their lessons to familiar disorders, but readers will be captivated.

Fascinating stories from the practice of a skilled neuropsychiatrist.

ONCE UPON A COUNTRY
by Sari Nusseibeh
Nonfiction