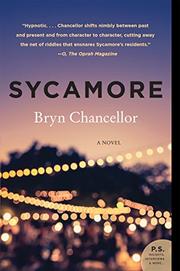 The disappearance of a teenage girl casts a pall over a small Arizona town in this debut novel.

Jess Winters, tall and lovely and with a penchant for poetry, turns 17 shortly after moving from Phoenix to Sycamore with her mother, Maud. Her parents’ marriage dissolved when her father took up with a younger woman—faithless men are a recurring motif here—and Jess is having a hard time adjusting to her changed circumstances. To let off steam, she goes on late-night solo walks around town. Eventually, a bright local girl named Dani Newell befriends her, but when Dani’s father, Adam, takes a keen interest in Jess, disaster ensues. The story flips back and forth in time from 1991, when Jess goes missing, to 2009, when a newcomer to town—also fleeing a wayward husband—makes a discovery that may or may not explain what happened to Jess. As the narrative unfolds, we learn the back stories of different townspeople, which also shed light on Jess’ fate. Though the author builds a fair amount of whodunit suspense, she clearly means for this to be a serious novel about loss, grieving, and forgiveness. Unfortunately, her writing—effortful and straining too hard for effect—often gets in the way: “Moments fractured into shards of color and smell and sound she strung together like a sad, crooked garland.” It also leaves little to the imagination: “Jess Winters was their metaphor: loss, secrets, guilt, failure, embedded in one shining, curly-haired girl.” And while Jess is a mostly sympathetic, well-drawn character, Sycamore’s other denizens are not as vividly portrayed.

Though the author comes up with a deft, plausible resolution to her complicated narrative, it’s not enough to save this overwritten effort.

EVERYTHING I NEVER TOLD YOU
by Celeste Ng
Newsletter sign-up