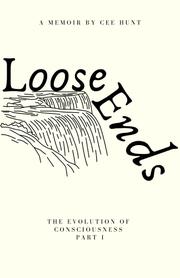 A writer combines a memoir with a European travelogue.

This debut book begins with Hunt touching on some aspects of her childhood. She grew up in California and attended a Christian school. At the age of 16, she had a simple passion: basketball. But she suffered an injury during her junior year that dashed her hopes for a college career in the sport. She went on to attend the University of California, San Diego, as a regular student. It was there that she joined a sorority and plunged headfirst into Greek life. This would include dating a lackluster fraternity guy, drinking too much, and feeling an urge to study abroad. She interned at a small film company, which involved taking lunch orders and summarizing movie scripts. It was while working in the trenches of cinema that she decided that her true ambition was to become a screenwriter. But she needed a break from the West Coast. That respite came in participating in a program to teach English in Spain. Her time in Europe also involved exploring other countries and, thanks to Couchsurfing.com, the people who lived there. Christmas in France and New Year’s in Germany allowed her to experience things she hadn’t imagined, whether they came in forms pleasant or otherwise. The memoir zips along with a friendly ease. Whether the author is relating the trials of working at a swank hotel or waking up next to a stranger in Berlin, the tales are told with a cool earnestness. “Do not talk to me,” Hunt recalls telling someone after a bizarre and unpleasant dinner party. And while strange adventures make for good copy, not every event is quite as memorable. The author, while in college, went to see the artist Timbaland perform (“I fucking loved Timbaland,” she explains). But not much of substance happens at the concert. Hunt’s takeaway from Los Angeles, that the “LA scene was magnetizing,” might have been better portrayed in a more economical form. Yet in the end, all of the vivid stories in this series opener help to make a very personal whole. Although every detail may not thrill, readers will wind up with a full, honest reflection of one woman’s young life.