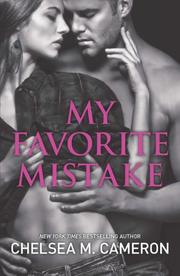 Taylor and Hunter are inexplicably thrown together as roommates in a college dorm; drawn to each other despite—or perhaps because of—deep-seated wounds, they develop a close bond that leads to romance.

On move-in day of her sophomore year, Taylor Caldwell discovers that she has been assigned a male roommate. And a dangerously sexy one at that. Taylor has generally avoided men since a traumatic childhood experience left her distrustful of them, so sharing a room with one of the most gorgeous males she’s ever seen is disconcerting. The fact that he is also charming, talented and clearly attracted to her makes him terrifying. When it becomes apparent that he has his own traumas to overcome, the two forge an unexpected friendship that is complicated by blazing sexual tension. Taylor is convinced she’ll never want a man, and she's determined to never need one. At first, Hunter views Taylor as a challenge, but he soon decides she’s his once-in-a-lifetime mate, without even sleeping with her. The few sizzling kisses they share are evidence enough of a physical connection, and his emotions just keep getting more and more entwined with the prickly girl who refuses to get close to anyone. But Hunter is on a mission—he’s known heartache and once believed all was lost, so he recognizes the symptoms in Taylor. He wants to remind her how to trust and love. And when a shadow from Taylor’s past threatens to overwhelm her, he’ll stand by her side, no matter what. New adult author Cameron is a smooth writer who has a great feel for story and character. She deftly moves the pace along through realistic dialogue and a well-balanced narrative. However, readers could find the premise of the story—that an unknown male would be assigned to a dorm room with a coed and she wouldn’t deal with it immediately—far-fetched. Also, the buildup to Taylor’s trauma is so tensely drawn that it ultimately proves anticlimactic when readers find out what it is. Overall, though, a fine effort.

A sexy, generally affecting romance. This is the first entry in a two-book series. It was originally self-published in 2012.

SO TOUGH TO TAME
by Victoria Dahl
Indie

IF THE SHOE FITS
by Megan Mulry
Fiction

ALWAYS ON MY MIND
by Jill Shalvis
Fiction