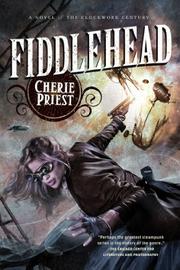 It’s 1879 in this alternate America where the Civil War still drags on, though both sides are utterly spent, Lincoln survived the assassination attempt (he’s confined to a wheelchair, however), and President Ulysses S. Grant has taken to the bottle, having despaired of politics in general and of the loathsome politicians that swarm around him. Young ex-slave and irascible genius Gideon Bardsley has invented a calculating machine, the Fiddlehead, that predicts disaster for both warring sides—but not by military means. Instead, the zombie plague readers encountered in the previous volume will spread and consume armies and civilians alike. Even worse for Bardsley, somebody’s trying to murder him and destroy or discredit his work. Lincoln’s determined to discover the truth, so he hires former Confederate spy, now Pinkerton agent Maria Boyd to travel south in search of some answers. Grant, desperately trying to retain his sobriety, learns that Secretary of State Desmond Fowler has signed contracts with mega-rich Southern industrialist Katharine Haymes. Fowler claims that Haymes’ plans will end the war in short order, but Grant suspects the opposite is true and that her real aim is to bleed the North dry. These splendidly realized characters working through intriguing situations lead to a thrilling, nail-biting conclusion where Bardsley, Lincoln and Grant find themselves under siege, while Boyd desperately tries to thwart Haymes’ ghastly schemes.

A rousing finale, far more convincing than its rather too zombified predecessor—one that almost lives up to the extravagant praise this series has received in some quarters.

THE INEXPLICABLES
by Cherie Priest
Sci-Fi

THE RETURN OF THE DISCONTINUED MAN
by Mark Hodder
Sci-Fi

THE GIRL WITH THE WINDUP HEART
by Kady Cross
Sci-Fi

EXPEDITION TO THE MOUNTAINS OF THE MOON
by Mark Hodder
Fiction