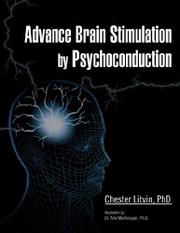 This third installment of a series of workbooks offers ways to improve mental acuity.

Litvin (Sailor’s Psychology, 2012, etc.) has argued over the course of several books that the human brain is an impressively elastic organ, capable of considerable dysfunction as well as spectacularly efficient repair. Intellectual underperformance, he contends, is not usually the result of genetic disadvantage but rather the kind of damage done to the brain that reduces its overall operational power. More specifically, he believes a malfunctioning brain ceases to shuttle information throughout its various regions properly, essentially delivering packets of data to the wrong places. The principal culprits are complex brain cells, which can be repaired or replaced by the targeted stimulation of simple cells. According to Litvin, a psychologist, this may be accomplished by compelling the brain to process different kinds of perceptual stimuli in rapid succession. The author presents his general theory regarding brain operations in Psychoconduction (2012), and the theory underlying the exercises in particular in Litvin’s Code (2011). The exercises require the participant to translate symbols embedded in mathematical equations into different modes of perceptual expression. For example, a number can be represented by a smell (like a bar of soap) or a noise (like knocking on a table). The final volume presents the series’ most difficult equations, which neatly fall into problems of multiplication, division, and reverse division. Typical of Litvin’s other workbooks, the problems are clearly explained in plain language unencumbered by academic jargon and include helpful instructional illustrations by Martirosyan (Intermediate Brain Stimulation by Psychoconduction, 2011, etc.). This is only intended as a workbook—a catalog of mental drills—so no explanation of the psychology justifying the problems’ efficacy is presented here. The author never comments on what precisely is meant by advanced, and it remains unclear for whom the exercises are intended, though they seem to be suitable for readers in their early teens. The effectiveness of the exercises is difficult to ascertain—in none of his books does Litvin ever supply a systematically clear or scientifically substantiated account, and his claims regarding their expected results challenge credulity. The exercises themselves lack a creative element or the promise of entertainment—they are computational tasks. One is compelled to conclude that most readers will experience these drills as the performance of an educational duty.

An uninspired litany of workmanlike tasks to stimulate the brain.

LIFE OF THE SAILOR
by Chester Litvin
Indie

INTRODUCTION TO BRAIN STIMULATION BY PSYCHOCONDUCTION
by Chester Litvin

THE NEUROSCIENTIST WHO LOST HER MIND
by Barbara K. Lipska
Indie