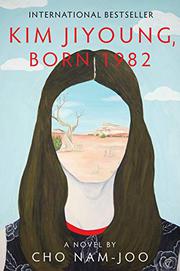 A 33-year-old woman in Seoul slowly breaks under the burden of misogyny she's been facing all her life.

Kim Jiyoung’s life is typical of a woman in South Korea. Born the second of three siblings, with an older sister and younger brother, her experiences with patriarchy begin early. At home, her brother gets preferential treatment and less responsibility. At school, she’s told that boys who bully her just like her. Though her mother encourages and supports her in myriad ways, including making sure she goes to university and follows her heart, Jiyoung grows to realize that in every aspect of life and work, women are dehumanized, devalued, and objectified. The book’s strength lies in how succinctly Cho captures the relentless buildup of sexism and gender discrimination over the course of one woman’s life. With clinical detachment, the book covers Jiyoung’s childhood, adolescence, early adulthood, first job, and, finally, marriage and motherhood. The pressure of the patriarchy is so incessant that she starts to dissociate, transforming into other women she’s known, like her mother and her college friend. The central critique of patriarchy is clearly—and necessarily—tied in to that of capitalism. Jiyoung wonders, as she catalogs the ways in which the world is built to accommodate “maximum output with minimum input...who’ll be the last one standing in a world with these priorities, and will they be happy?” To be clear, there’s nothing revolutionary here—it’s basically feminism 101 but in novel form, complete with occasional footnotes. There is not a single move to recognize anything outside of a binary gender. But the story perfectly captures misogynies large and small that will be recognizable to many.

A compelling story about a woman in a deeply patriarchal society.