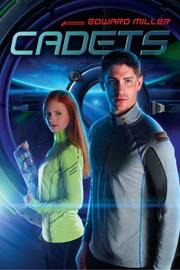 In 2012, fighter jets scrambled to intercept a UFO above Nevada’s Nellis Air Force Base. The rectangular object flew erratically, displaying no hostile behavior, and the jets followed as it crashed. Now, 150 years later, 2162 sees the United Earth Defense Fleet patrolling space, with outposts on Mars and Pluto. Cadet Ryan Thompson is a brash youth whose willingness to break the erules is matched only by his desire to win the Golden Cadet Award. Unfortunately, his brilliant ex-girlfriend Amanda just might win instead. They can’t stand each other since their romance ended the day Ryan’s mother died—a tragedy for which he blames himself. They must attempt to reconcile, however, when Earth’s fleet leaps to action against alien ships approaching from beyond Pluto. The menacing Altarrans, led by Supreme Commander Granthaxe, want something impossible—their wrecked envoys that crashed to Earth 150 years ago, perhaps with survivors. While the fleet dwindles in battle, Ryan, Amanda and their fellow cadets try to save lives with creative defense tactics. Quick thinking reveals that the strange amulet necklace Amanda wears—a family heirloom from her great-great-grandfather—may be more than it appears. With clever ideas and agile prose, Miller builds a world reminiscent of Star Trek: Ryan is a rebellious young Capt. Kirk who knows that “sometimes going by the book [isn’t] the best course to take.” Amid the pop-culture references to Star Wars and comic books, Miller’s believable, motivated characters shine, as Ryan’s brashness conflicts with Amanda’s search for peaceful solutions. In tight spots, they innovate: For instance, they create a solar-flare weapon by “overloading [a ship’s] light-speed generator and shutting it down milliseconds before detonation.” There’s also a secret connection between the Altarrans and Earth that honors the concept of a peaceful, inclusive universe. Nevertheless, right before someone survives a dose of radiation (à la Spider-Man), Ryan thinks they’re “going to need a damn super hero or something.”

THE SEARCH FOR WONDLA
by Tony DiTerlizzi
Sci-Fi