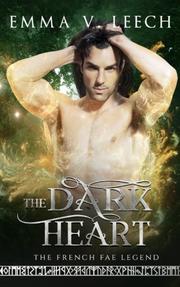 A Fae prince journeys to the human world to secure a bride but gets more than he bargained for in Leech’s sequel to The Dark Prince (2015, etc.).

Prince Corin Albrecht of Alfheim is a broken man. Losing his beloved Océane to his best friend, Laen, devastated him, and he dulls his heartache by womanizing and drinking himself into oblivion. His dissolute lifestyle is a source of consternation to his mother, Queen Audrianne, who’s desperate for him to start acting like a future king. She issues him an ultimatum: either he finds a wife or she will force him to enter into an arranged marriage. Unwilling to accept his mother’s choice of a bride, he travels from the Fae world to the mortal one in search of a young woman named Claudette, whom he’s heard about from friends of friends. She’s his ideal wife—sweet, innocent, and easily manipulated; if he can cajole her into accepting three gifts, she will be bound to him forever. Claudette is completely besotted with Corin, despite warnings that he has a dangerous side. His cold, calculated seduction soon turns into something deeper as he realizes he’s fallen in love with her. He desires her love and trust, but his secrets could have devastating, far-reaching consequences. Leech’s sequel expands the Fae world that she introduced in The Dark Prince and introduces a dynamic new heroine. Here, the focus shifts to Prince Corin, showing him to be a man of intractable contradictions. He may have unscrupulous motives for courting Claudette, but he’s not without a conscience, and this tension turns a character who could have been a shallow cad into an intriguing, if tormented, hero. He has a solid foil in Claudette, a sensitive, earnest young woman who seeks to make a difference in the world. Her journey to the Fae lands also allows Leech to introduce the Fae history and the fanciful creatures that once roamed the landscape.

A satisfying romantic fantasy that should please fans of the first book in the series.

THE IMMORTAL WHO LOVED ME
by Lynsay Sands
Fiction