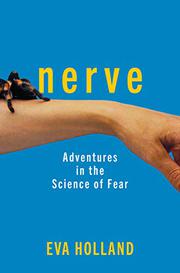 Her mother’s unexpected death inspires a Yukon Territory–based adventurer and travel journalist to face her fears.

In a harmonious blend of memoir and science reporting, Outside correspondent Holland describes her attempts to “learn to master my fear,” embarking on a three-year project of research and treatment following the devastating death of her mother. Her mother had been an orphan, shaken by the death of her own mother, which left the author anticipating her mother’s death more fearfully than anything else. When Holland’s fears were realized, she fell apart, unable to work or deal with people and falling into free-floating anxiety and the occasional panic attack. Other fears came to the fore of her consciousness—e.g., a fear of heights from a childhood escalator mishap (though she later learned that her father had suffered from something similar and that such fears might be genetic in origin) and lingering PTSD from a series of car crashes. The book is most compelling at its most personal, as the author makes her story seem both specific and universal: “An irony: fear is an experience that unites us, even as, in the moment, it makes us feel very much alone.” Holland faced her challenges through both exposure therapy and pharmaceutical applications, and she traces the theories of fear and how to treat it, including Freudian therapy, lobotomy, electroshock treatment, and other more modern approaches. Throughout the narrative, the author develops herself as a protagonist whose fears are serious enough to benefit from treatment but whose condition should strike a responsive chord in many readers. Her goal is not to eliminate fear, which serves as a tool for self-preservation, but to put it into perspective. By the end, she writes, “I am much less afraid of fear itself.”

Science and psychology inform the engaging memoir of an author on a self-help mission.