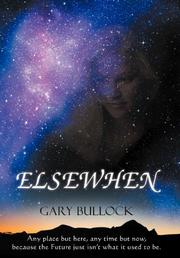 In Bullock’s sci-fi romance, a man who thought he’d lost the love of his life in a plane crash discovers that she’s not only alive but she has the ability to move between alternate universes.

Astrophysicist Lije’s life took a turn for the worse years ago when his soul mate and girlfriend, Laura Bess, was killed in a plane crash. Now, he leads a minimal existence tracking space debris at an observatory. One day, though, Laura Bess reappears to him. She’s not dead, and she has the ability to move between alternate universes—she’s currently living in one—although she can’t control the ability. The remainder of the book deals with the couple’s desperate attempt to find a safe haven for them both as an approaching black hole threatens to obliterate Lije’s world—the current Earth—and Folter, a sadistic government agent, tries to destroy Laura Bess. Bullock’s intriguing story combines elements of science fiction, romance and suspense. The idea that time and existence are like rivers that flow may be a sci-fi staple, but the author wisely doesn’t waste time trying to put a terribly unique spin on the concept; rather, he presents it as fact and quickly moves on, so that the narrative transports the reader rather than stalling with drawn-out attempts at developing a pseudo-science. The believable cast of characters is well-drawn, particularly Lije’s boss, who mourns for the lost days of his youth and the woman he shared it with. While the book encompasses two versions of reality, the author doesn’t get bogged down in describing how the worlds differ, which could have hijacked the story’s momentum. The last portion of the book introduces an additional touch of anxiety in the form of Folter, the nasty government agent. Although a stereotypical cardboard villain consumed by evil, his presence infuses the end of the story with white-knuckle suspense.

A MEMORY OF LIGHT
by Robert Jordan
Sci-Fi