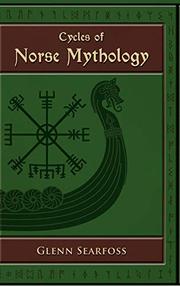 A collection of mythology focuses on the Norse gods’ comedies, tragedies, and bloody histories.

Norse mythology is vast, full of passionate and violent tales about gods, giants, and mortals. Assembled here, gleaned from the Eddas and research of scholars, are six cycles of this pantheon’s legends, battles, and heartbreaks. The first one features Odin, impatient yet dedicated to his quest for wisdom. It includes an old seeress recounting the dismemberment of Ymir and the use of his body in the creation of Earth and the heavens; the history of the nine worlds; and the foreshadowing of their end. Cycles 2 and 3 gather the trials of some of the greatest heroes, following Thor as he grows into a champion; the trickster Loki, whose cunning stands out in a world defined by strength; and the enslavement of Volund, the great Wonder Smith, by Nidud. Their legends range from the comical to the horrific—Volund’s revenge ends in the rape of Nidud’s daughter and the forging of his sons into jewelry and chalices. But there is great humor as well, often from sheer incredulity, from Frigg reacting to her husband’s impregnating her mother with Thor to Loki’s giving birth to his father’s eight-legged steed, Sleipnir, and Thor’s dressing as Freyja to retake his stolen hammer, Mjollnir, from the Jotun Thrym. Cycle 4 sets the stage for the apocalypse Ragnarök in Cycle 5, as Loki and his wolf-son are bound with a special ribbon, giants of fire and ice stir, and Odin gathers his undead heroes for the final, inevitable battle. Cycle 6 tells further stories of gods and mortals meeting, though these feel slightly outside of the overarching saga that dominates the book. Searfoss (Skulls and Bones, 1995, etc.) has assembled an approachable novel chronicling the sometimes impenetrable Norse myths. Using a style inspired by oral traditions, the author casts Odin, Freya, and other characters as both storytellers and protagonists. Their feats are recounted with an epic flair, replete with violent prophecies, clanging metal in battles, and even Odin’s crushing tears of loss. The work acknowledges the vast resources it draws from with an impressive glossary, albeit short on page and reference numbers; a bibliography listing further readings in English; and a link to a helpful reference website.

Thrilling stories of fire and ice, love and savagery, retold in an accessible, comprehensive package.