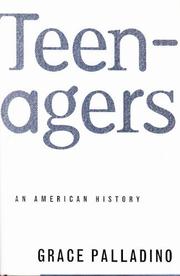  A direct, droll, but disturbing social history of American teenagers and their value in the marketplace. Palladino, coeditor of the Samuel Gompers Papers at the University of Maryland and author of Another Civil War (not reviewed), traces the rise of the youth culture in 20th century America. The notion of teens as members of an independent group with their own interests is relatively recent. At the end of WW II, Palladino contends, a transformation took place in American family life. Until then adolescents had been considered children whose role was to prepare for the future and contribute to the family income. Instead, they gradually became ``teenagers'' with a ``voice and vote in family affairs.'' In addition, these teens came to expect a private social life. No longer taboo, interaction with the opposite sex became the focal point of teens' lives. Magazines geared to teens began offering tips on how to achieve popularity with the opposite sex. Nonetheless, until the mid-'50s teens were largely ``ready, willing and even eager to take their social cue from adults.'' That changed with the advent of rock 'n' roll. The new mood of defiance and independence impacted on the marketplace, as teens quickly emerged as a unique group of consumers, spending, by 1964, about $100 million on records alone. In the past 20 years, the baby boomers of the '60s have gone on to spend $200 billion a year on their children. To her credit, Palladino goes beyond mall receipts to larger concerns. Despite their cars, CDs, and MTV, too many of today's teens are socially disaffected. It is up to adults, argues Palladino, to reexamine the legacy of hypocrisy, nihilism, and hedonism they have passed on to these children. Replete with statistics, first-person accounts, and extensive footnotes, this is the first social history to follow Beaver and Wally's devolution into Beavis and Butt-Head.