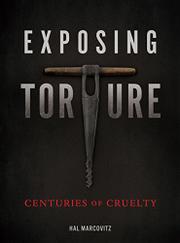 This overview delves into the history of torture, from the flayings, burnings and other brutal methods used in ancient societies to the psychological and sexual torture of the 21st century, and tackles complex ethical and moral questions.

Torture is universally condemned in international law, yet its efficacy as a method of intelligence gathering and controlling human behavior continues to be debated. Marcovitz chronicles how torture has been used since ancient times: in witch hunts and the Inquisition, the suppression of political dissent by autocratic regimes, as punishment for an array of crimes. In the 18th century, the Enlightenment brought the push for human rights and arguments that torture was unacceptable under any circumstances. Despite attempts to prohibit torture through international compacts like the Geneva Convention and the United Nations Declaration of Human Rights, the practice of torture persists to the present day. Marcovitz devotes a good deal of discussion to its widespread use by the United States, citing examples like Abu Ghraib, Guantánamo Bay and the policy of extraordinary rendition. Both sides of the debate on the efficacy and necessity of torture are presented and left to readers to decide if torture is ever acceptable.

Though none of the issues presented is explored in any great depth, this overview provides readers with a useful starting place for further exploration. (glossary, timeline, source notes, bibliography, websites, index) (Nonfiction. 14-18)