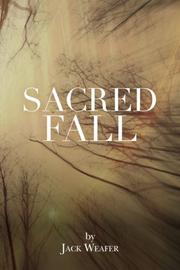 A psychotherapist and longtime athlete recounts his spiritual discovery and growth following his traumatic fall into a 50-foot ravine.

Weafer is a successful psychotherapist, athlete, husband and father. A high achiever, he was used to being in control. But while doing heavy yard work alone on the grounds of his Westchester County, N.Y., home, he fell into a 50-foot ravine and was trapped alone for more than two hours. Afterward, suffering great pain due to his debilitating physical injuries, he entered a vulnerable state—somewhere he’d never been before. While tempted to simply give up, Weafer began to embrace the changes in his life, a positive attitude hugely informed by the blessed presence he felt while alone in the ravine. Prayer became a guiding force, and he opened himself to having deeper, more significant relationships with his family and, particularly, with his caregivers and his father. He also connected more to his inner child (Jackie versus Jack) and feminine side: In art therapy, he found himself drawing a picture of a goddess. Nine months after his accident, Weafer was back walking and even running, participating in a triathlon, a milestone goal in his physical recovery. However, in Weafer’s transformed existence, such athletic competition isn’t as large a part of his life. His heartfelt account of physical recovery and spiritual awakening may be an inspirational guide to anyone recovering from traumatic injury. Male readers in particular will likely relate to Weafer’s experience with the emotional walls many men face and create. Rather than imposing a strict spiritual doctrine on readers, his discussions of God are of a gentle, New-Age variety. Occasionally, however, Weafer can be overly focused on certain aspects of his life or, at other times, distractingly digressive regarding details that could have been pruned to make his narrative more succinct and compelling for general readers.

A highly personal story of a physical and spiritual recovery, with sage advice on how to embrace trauma, fear and uncertainty.