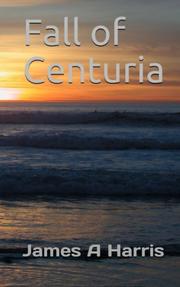 This fantasy debut finds a medieval city under siege by demons searching for a powerful artifact.

On the planet Palatovia, in the city of Centuria, 10-year-old Ptolemy has just run away from home. His mother, Angela, slapped him after he refused to abandon his studies with the Book of Stars, which helps him discern prophecies. In the nearby forest, Ptolemy and his horse, Beth, encounter strangely moving soldiers in armor. They have red eyes, speak a foreign tongue, and attack him. Yet these demons are merely a first wave heading for Centuria under the direction of a foul being called Lord Emalf. They search for an artifact that will help him conquer the globe. Centuria’s fortifications fall when giant worms erupt from the ground. Gen. Gathar and Gen. Yiorn do their best to save and evacuate the city, but even King Katimi is captured by the demonic soldiers. After the opening battle, Centuria’s survivors head for the city of Salidon. There, King Roberts sends a small band of heroes, including Gathar and the enigmatic ranger Yalta Menzar, on a quest to find Horace Galthon, a hermit warlock. Horace explains that the best way to defeat Lord Emalf is with the help of the sea-dwelling nes-kaliba. For his series opener, Harris works brisk narrative magic with a streamlined plot and classical fantasy elements. Initially the panoramic storytelling highlights numerous characters, and readers expecting a chosen-one saga may be disappointed. But vibrant worldbuilding carries the day, and the author captivates out of the gate with his flair for names. His demons, for example, are the bêtes noires, and their general is Nisgi. Action buffs should revel in the copious gory carnage; the head of a decapitated demon “hit the ground like an anvil falling off a mountain.” Psychological insights pepper the prose, as when readers learn that Ptolemy felt “in the back of his mind, the stinging sensation from his mother’s slap,” which motivates him to sabotage Nisgi’s horde. In the final third, the story grows placid only to shatter with even grander chaos.

A tale that wallops readers with both magical and emotional twists.

RISE OF CENTURIA
by James A. Harris
Indie

IN THE DARKNESS VISIBLE
by Ted Neill
Newsletter sign-up