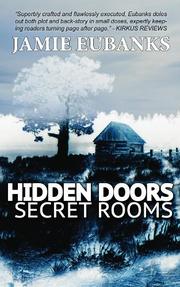 This finely wrought sci-fi/mystery/thriller explores the themes of rebirth and renewal through characters on the run and those who come to their aid.

The story begins in medias res: tossing the reader squarely into the midst of the action. Lost in a blizzard with her young daughter Valerie, badly hurt, the FBI in hot pursuit, Jill Braedon sends the child off into the raging storm alone. Valerie stumbles into the cabin of John Mills, a former rock star-turned-recluse since the deaths of his wife and child. Mills, who walks with the aid of a cane, ventures out into the storm and surprisingly finds Jill alive. As she recovers, puzzles gradually unravel, only to expose yet other mysteries. Superbly crafted and flawlessly executed, Eubanks doles out both plot and back-story in small doses, expertly keeping readers turning page after page. This book is a study in how to show and not tell a story, and should be required reading in creative writing courses. Not to spoil the adventure, some of what comes out is that Jill, dying from Hodgkin’s disease, was given an illegal surgery which effectively endowed her with the ability to heal herself. However, a side-effect causes her nightmares to become real and do physical harm. Ostensibly, the FBI is after her to secure this power and keep it out of enemy hands; even if that means killing Jill and Valerie. But these agents are not what they seem. Mills tries to protect Jill from the FBI and her dreams, and in so doing, opens hidden doors and rooms within his own psyche. Eubanks utilizes a variety of techniques such as character interaction and dreams to fill in past details without bogging down in exposition. Perhaps the most engaging occurs as Jill relates her story to Mel Talbot, a computer hacker par excellence that Mills has summoned to help. After enough explanatory interaction to build Mel’s character, Eubanks shows us her story, a device often used in film.

This is a phenomenal first novel; an excellent read for anyone who loves mystery, and would-be writers who want to learn exactly how it’s done.