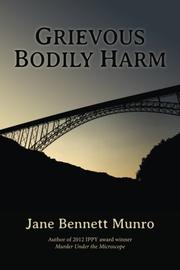 Within hours of taking the reins as an administrator at Perrine Memorial Hospital, the slick but charismatic Marcus Manning begins pressuring Day to resign. When she resists, demanding details about the alleged complaints regarding her job performance, Manning implies an alternative solution: If she’ll have sex with him, she can keep her job. Shortly after this conversation, he offers the same deal to another female physician, kicking off an involved campaign of blackmail and extortion—until he drops dead at the company picnic, the victim of a toxic lemonade. Finding herself a suspect in the case, Day throws herself into clearing her name and revealing the real killer. Little does she know that she’ll find more than her reputation at risk. As she gets closer to the truth, she confronts a killer whose vengeful plans allow for plenty of collateral damage. The villainous Manning is almost too evil—he lies, he cheats, he sexually harasses co-workers, he abuses his wife, he beats his children, etc.—which makes for an impressive array of plausible suspects for his murder, though it detracts from the quality of his own character development, which elsewhere is expertly nuanced. Dialogue is fresh and witty: “Beauty is only skin deep, but asshole goes all the way to the bone,” Day quips early on in the book. Award-winning author Munro (Too Much Blood, 2012, etc.) worked for years as a pathologist, and her experience lends authenticity to the work. Overall, plotting and pacing are satisfying, though some of the plot twists strain believability; for instance, how many times can one man be surprised that his private conversations were recorded on a hidden cellphone? There are other minor missteps, including the shockingly permissive attitudes of the police, but the effect isn’t too troubling, and the strong, action-packed conclusion will likely leave readers wanting more from this talented writer.