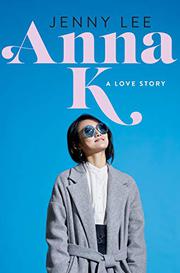 Anna K, a 17-year-old from a wealthy family, falls for the handsome Alexia "Count" Vronsky and strives to stay loyal to her Greenwich, Connecticut, OG boyfriend of three years. Her partying brother, Steven, rebels against their father’s strict, traditional views while his friend Dustin excels in school but is new to affairs of the heart. Kimmie, Steven's girlfriend's sister, tries to be a regular teen after training as an Olympic ice dancing hopeful and also struggles with inexperience in love. These are just the major characters in a cast filled with convoluted relationships. Taking place over the course of a school year, the characters move from party to nightclub, heart-to-heart to Coachella, with their ever changing relationships as the central focus. The distant writing style and pervasive dropping of brand names slow the narrative and weaken its analyses of love, racism, social standing and wealth, sexism, addiction, and mental health. Despite getting off to a slow start, this is a gripping story with sympathetic characters struggling through the mire of modern relationships. The ending, while slightly predictable, comes to a satisfying conclusion. Anna and Steven are Korean and white; Dustin is black, adopted into a white Jewish family; other main characters are white. References to Anna's "exotic" beauty are not contextualized.

Stick with this modernization of Anna Karenina; it pays out in the end. (cast of characters, author’s note) (Fiction. 15-18)