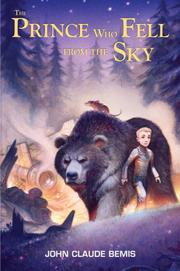 THE PRINCE WHO FELL FROM THE SKY

A compassionate bear defies everything to save a boy from certain death in this original story blending creation myth with post-apocalyptic and animal-fantasy traditions.

The Forest, where Casseomae hunts, forages and has given birth to several litters of stillborn cubs, is littered with relics of the humans, or Skinless Ones. Ages before, Skinless cut down the trees and nearly drove hunting animals, or voras, into extinction until the Ogeema (wolves) eradicated them. When a human starship crashes in the Forest, Casseomea discovers a human boy in the wreckage. Instinct compels her to save this cub who is “not so different from the ones she lost.” Determined the new Skinless One will “upset the order of the Forest,” the Ogeema pursue Casseomae, who flees with the boy. She is joined by Dumpster, a sassy, street-smart rat, and Pang, an outcast dog. Together they travel along overgrown highways, past abandoned power lines, gas stations and garbage dumps to ruined cities, seeking a safe haven. In contrast to the somewhat bleak social commentary, Casseomae’s unwavering hope for the silent boy in her care never waivers. Appropriately, animal characters are fully developed and complex while the boy remains a pivotal unknown.